I mentioned in the new posts to expect a review to come quickly about this 3rd installment in the Mystique series of games that just got released by Bendroid. Well as promised, here is our first impressions of Obitus.

If you haven’t yet played any of the Mystique series of games then you are missing out. Mystique is a room-escape horror style game with puzzles and action sequences, full animated characters and a solutions engine that makes each puzzle have a different solution for each phone it’s installed in. If you are looking for a walkthrough, there isn’t one and probably never will be because of this feature and that’s a good thing!

Graphics: The graphics are great to say the least and run decently even on a G1. Quite impressive considering the limitations the G1 now faces with ‘outdated’ hardware but the Mystique 3D engine seems to run nicely on it. Characters are fully animated in this chapter as well.

Gameplay: The game plays quite well. You move via using the touchscreen and swiping your finger around, movement is pretty smooth and the controls work well overall. The entire environment can be explored with your character so when looking for items that you’ll need to progress in the game, you’ll need to check everywhere. You may think this might be cumbersome but actually it isn’t thanks to the atmosphere in the game, it keeps you glued to it. If you really want to enjoy the suspense and eerie feeling the game gives off, play it with the lights off by yourself.

The puzzles are challenging and make you use your brain as does the entire game really. There are going to be times where you’ll need to put this game down and give your mind a rest as you could end up over-thinking everything which is certainly not a bad point, it’s what the puzzles are suppose to do.

The game is bigger then the first two and you can feel it from the moment you start the game, there’s a lot to do and explore. There are two worlds, the Hospital Basement and Hell. This sort of scenario reminds me of the first Silent Hill game which freaked me out when I first played it every corner you think something will happen. I can tell already that there is definite replay value with this chapter, more so then Chapter 2 and infinitely more then Chapter 1. 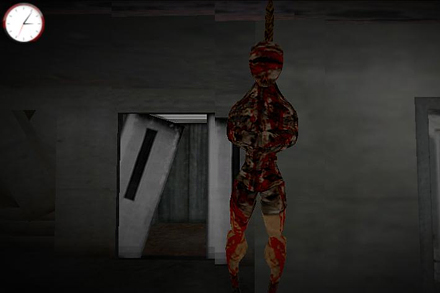 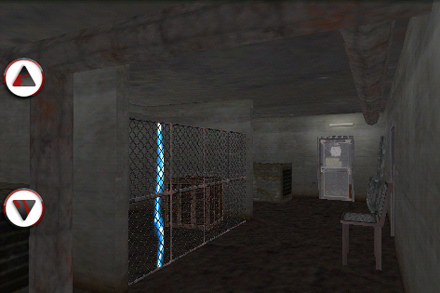 Sound: Works like a charm to keep that eerie feeling going throughout the entire time you’re playing it.

Final Verdict: A damn good game. A damn freaky game. This is not a game you’re going to finish in 30mins and not want to play again. Even if you finish it quickly, which I doubt will happen, you’ll want to play it again. Everything fits together nicely to give it that horror/Silent Hill eerie feel and keeps you on the edge of your seat while you’re playing it. This game really sets the bar high for future 3D games, especially any room escape style games (horror or otherwise) that want to try to make it in this genre. You can tell a lot of time was paid to attention to detail and it’s noticeable and a refreshing change.

If you are stuck and need help, there is a great forum thread over at Android and Me where people are helping each other. Check it out!