Usually I try to stay away from posting too much news other sites have already touched upon however sometimes this isn’t possible. This is one of those times. Awhile back Android and Me had started up something called Android Bounty where there would be an app suggestion made and the developer who fulfilled the requirements would get a cash reward. The last one was for a working Quake port but no one had really stepped up to do it especially after ID Software got all the ports of their games removed from the market.

However two new developers have stepped up to the plate having created fully working ports with network play for Quake 2 and Quake 3 and both have open sourced them so the community can work on it together.

The first developer, Julien, made Quake2Android which is a port of Quake 2. This port works on all phones including 1st gen phones such as the G1 but does not yet work on the Nexus One although I’m sure Julien or the community will have that little issue resolved quite fast. On the G1 it does take a minute to load but it does work, it’s just the hardware on the G1 isn’t up to speed compared to newer phones. You can report bugs for Quake2Android at AndroidForums.com. 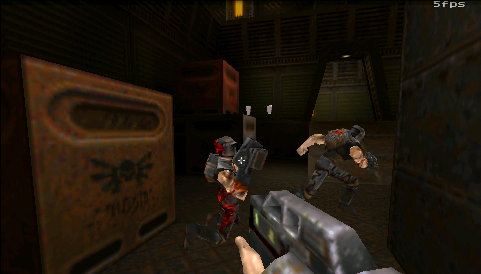 The second developer, Thunderbird2K, made Kwaak3 which is a port of Quake 3. This should work on all phones as well although I personally haven’t tested this one yet on my G1.

Both developers have released the source code which can be found on their project pages. Julien has ended up getting the bounty from Android and Me though. 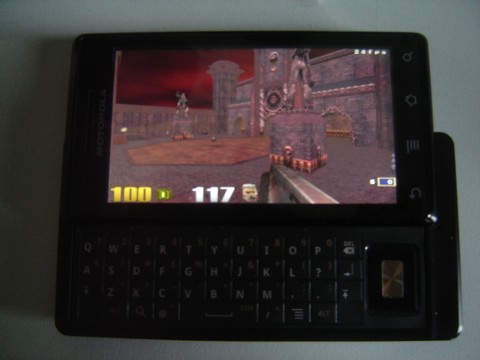 The graphics and game play are quite good on Quake2Android and I would imagine them to be just as good for Kwaak3 and both have network play. Obviously newer phones get better FPS then older ones but tweaking the settings does improve this. With the sources out in the open I can only imagine what improvements and features are headed our way.

If you like FPS games, specifically Quake, then go check them out! As far as I know these won’t be released onto the market so if you want them you’ll have to go to their project pages which I linked above and below as well. Congrats to both developers for coming through with some great ports.

Source Referenced and Video Courtesy of Android and Me