There’s a new free (ad supported) game out called Slugs by developer Amoneron which is an addicting tilt and shoot style game. The newest version, v1.2, features new levels and a smaller file size so if you have any of the earlier versions (which were also released very recently), be sure to upgrade.

If you haven’t played Slugs before and you like Tilt and Shoot style games then you’ll probably enjoy this game. You are this little blue creature and the object of the game is to move back and forth, by tilting your phone, and shooting various slug like creatures, by tapping the screen, as they bounces around and completing the level objectives such as a certain amount of eyeballs collected. Don’t let them bounce or run into you though! After too many times you’ll have your brains eaten and become one of them! 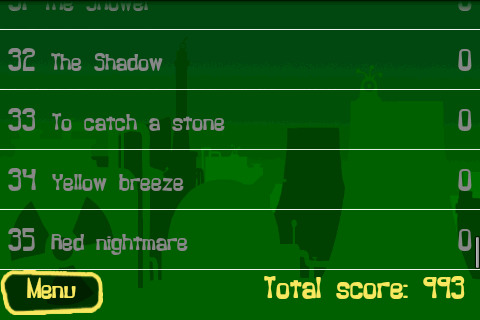 That is the Challenge mode but the also is a Survival mode where you try to survive the longest. The graphics and controls are great and works well on even the G1. The ads are only visible on the screen when you die. Once I play more into the game you can expect a review of it to come quickly but until then, give it a shot and see how your score stacks up against everyone else playing with the global high scores. 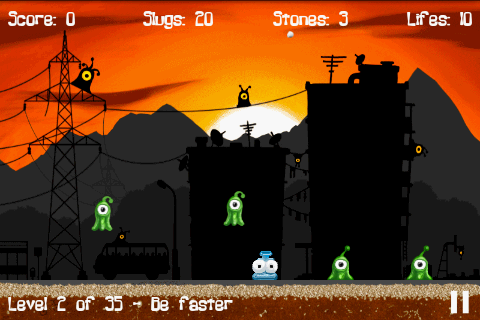 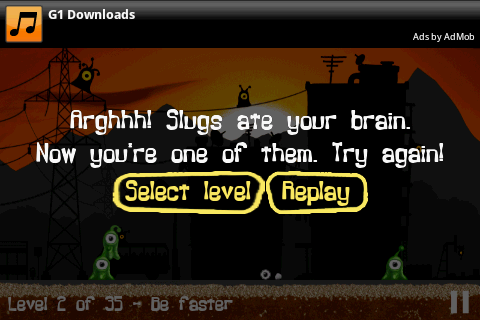