As the name suggests this is another destruction/physics type game that was just released by Camel Games, a popular developer of physics games such as Shoot U!. Blow Up is similar to iDemolished with the fact that it’s a building destruction game that uses explosives to destroy buildings and uses gravity/physics for sway and building parts falling down…you can also blow up a Panda.

The point of the game is to flatten buildings with a limited amount of bombs which you can set anywhere on the building and also to detonate and various times by setting the timers of each bomb. The is also a panda on each stage that you can try to blow up. Camel Games makes some of the best physics games for Android so expect some extremely real-life style physics to be involved in this game. 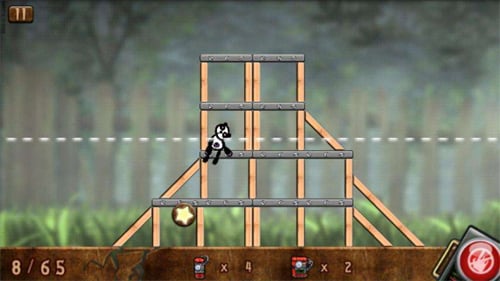 These types of games are becoming quite popular so I would expect to see more of them being released onto the market. Blow Up is available on the market for $2.99 with more levels already coming shortly.