I’ve seen this game on the Android market since it’s release and have wanted to try it out since the screen shots looked pretty interesting. T.T.D. by Infolife lets you control a spaceship within a set area while enemies spawn all around you making you move to dodge getting shot while shooting them in your little space. 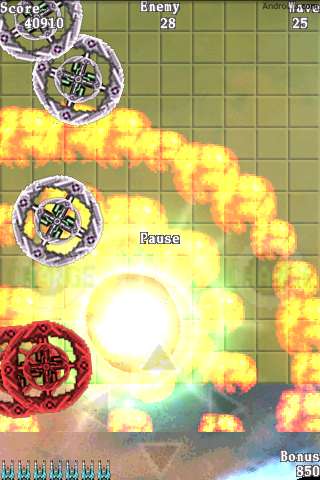 Overall it’s a pretty fun way to kill time and it’s available in both Free and Paid version. One thing to note though, on the free version it seems some Droid and Nexus One users are having issues with the game displaying and both free and paid having some loading issues on those phones. I ran this on my G1 and it ran fine, no lag so far and no graphic or game loading issues.

Here’s a game play video (the dev needs a better mic, might want to turn the sound off)