Drill Panic, Developed by Orange Pixel, is a fast paced game sort of like Abduction! but instead of bouncing your way up platforms, here you have to roll downwards and stay ahead of the drill while collecting gems and other items to help you along. You move by tilting your phone left or right in order to roll into gaps in the ground to get to the next level below you.

The graphics are pretty good and the game play is very fast. There isn’t a whole lot of room between you and the giant drill above you that’s chasing you down. Get hit by the drill and you’re dead.

Some people have complained on the Android market about the controls of this game including some people who notice that once in awhile when you tilt a certain way you go in the opposite direction. What is actually happening is you rolled into a mushroom which ‘confuses’ you and makes your controls reverse for a few seconds. However, the controls are actually extremely sensitive and you barely have to tilt your phone to go in whatever direction you want to. It also features a global high score board and the ability to post your scores to Twitter. 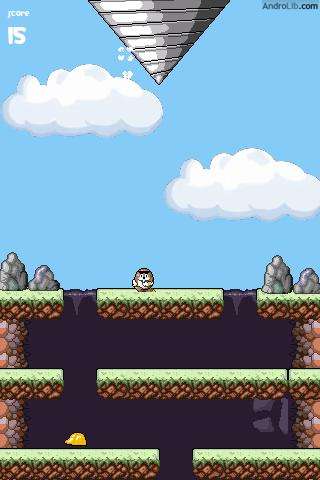 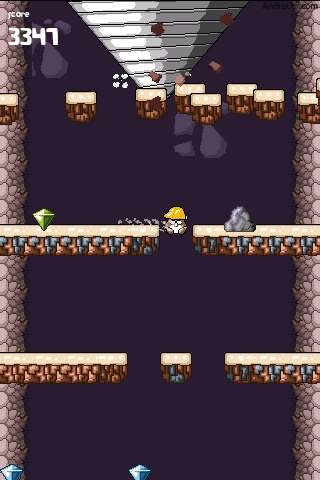 Overall it’s a pretty fun game and a good time killer, especially if you liked Abduction!, then you’ll probably enjoy this game a lot. A couple of things to note:

– You can only exit the game right now if you press the home button. Pressing back won’t work and there is no exit button in game. Why? I have no idea but it was a bit of a pain to figure out at first.

– If you like the game a lot, buy the full version. The only difference between the Free and Full version are the ads which get kind of annoying rather quickly.