I’ve been meaning to write about this game for about a week now and just with all the recent news it’s slipped into the cracks. However admits the massive amount of game icons on my nexus one, it’s stood by waiting patiently. Sky Force, developed by Infinite Dreams, is a 3D-ish arcade style scrolling shooter with lots to offer.

You control your fighter ship by just keeping your finger on the screen and moving it around as the ship has auto-fire, that’s all you have to worry about. Well actually you also have to save people, while dodging enemy fire, while shooting enemies down, blowing up buildings, collecting stars and power-ups and more. When controlling your ship you do not need to have your finger right on top of it which is good considering if you can’t see your ship you’ll have a lot harder of a time dodging bullets. 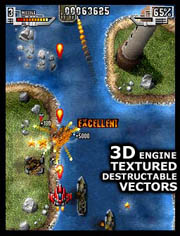 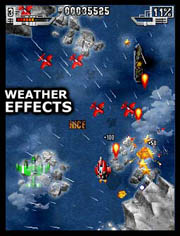 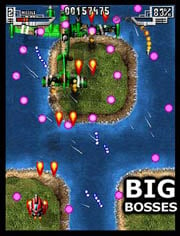 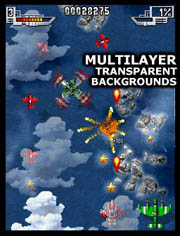 So far I’ve only been messing with the Lite version of the game which is available on the Android market for free which only lets you play up to a certain point in the first stage. It’s a really short lite version which is too bad since it’s rather fun so far. The full version will cost you £1.99 which I think is around $3.00US.

If you like the arcade shooter style games then you’ll definitely enjoy this one as so far from what I’ve experienced it’s really polished with great graphics and some really good game play. Check it out.