FightingFish Games, developers of the platform game Grave Digger, have released a new game called Elemental Galaxy. This is a match 3 of a kind type of game but with some very interesting twists. You match three elements that are the same by tapping on them at which point lines connect them and anything in the shape of those lines is destroyed as well.

You also have two power up elements, shadow and light, each having a different effect. Shadow will add 2 lines for each one you destroy while the Light element will destroy all of same color as the ones you used to make the shape. The graphics are crisp and clean on the N1 although this should look and work just as good on most Android phones. 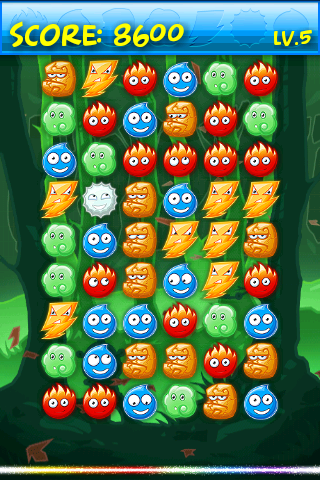 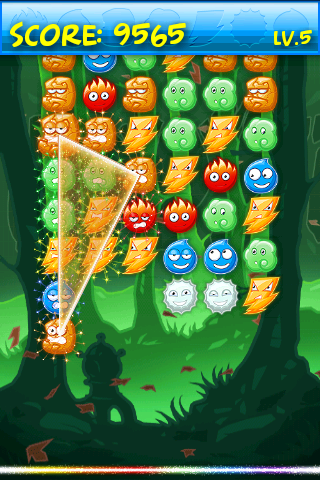 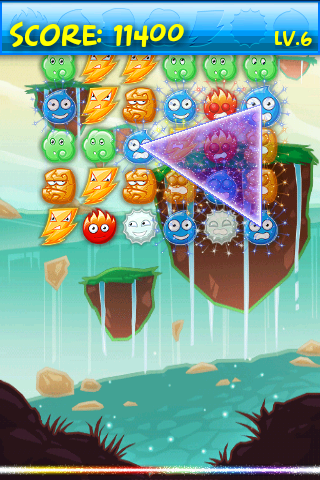 This whole new twist of having everything destroyed inside the shape you end up drawing poses some interesting strategy situations. I’ve already encountered some instances where I’ve been left with one element of a particular type almost reaching the bottom because I ended up destroying all the others by accident. This definitely will make you think twice about trying to destroy as many elements in one shot as possible.

You can grab the Lite version off the Android marker for free which features 10 levels of gameplay. The full version will run you around $3.00USD. This is definitely an addicting game and makes for a great casual time killer. Also if you like retro platform games you should check out FightingFish’s Grave Digger game.