Remember Duck Hunt from the old NES days? All that good duck killing fun you used to have? Well thanks to developer Serious Rabbit Software Studios LLC you can now have a similar experience on your Android phone with their game called Killer-Duck Hunter. While this game doesn’t have a dog go fetch your dead ducks, there is still plenty of duck killing to be had.

On top of all the duck killing glee you’ll experience with this game, you’ll also be treated to one of the best ‘Mission Failed’ screens in a game I’ve ever seen in a long time, more on that in a minute… 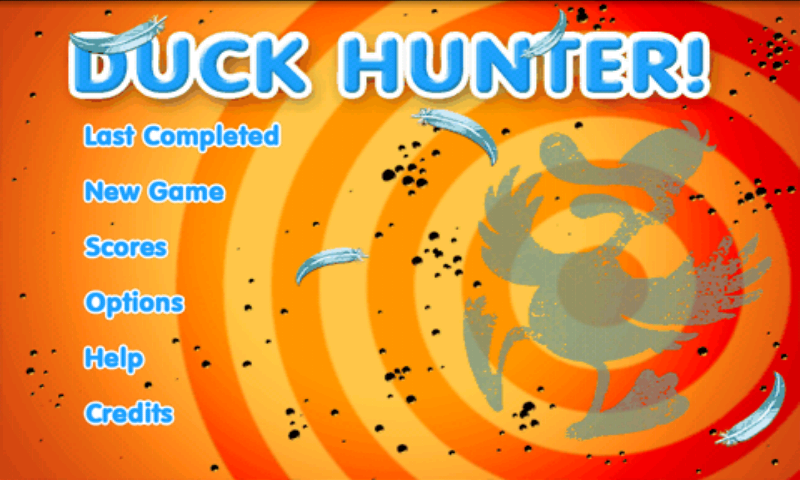 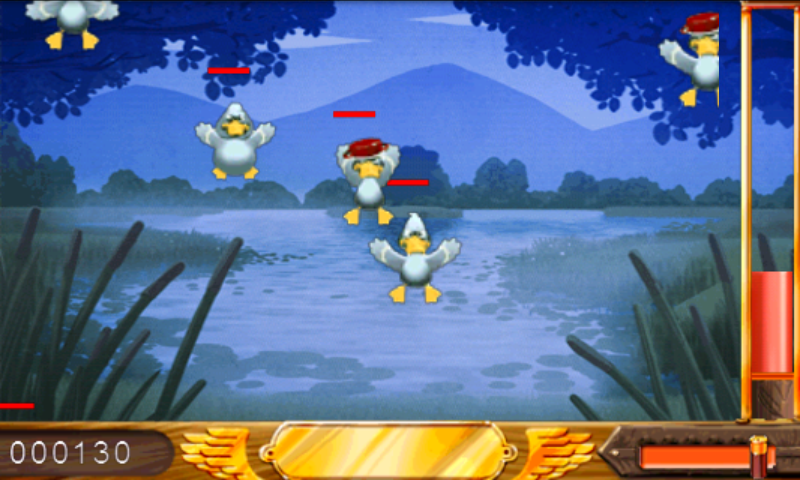 To play all you do is start the game and as ducks appear on the screen, tap them with your finger to shoot them. Don’t go all trigger happy though, you’ll run out of bullets and need to reload. Some ducks take more then one shot and for that reason they have a handy little HP bar above them. Each stage you need to survive the time limit without your HP dropping to zero (noted on the right with the vertical red bar). There are also plent of different power-ups to shoot along the way and use during each stage including extra points, more time and so on.

There is a lot of subtle and sometimes not so subtle humor in this game such as the ‘mission failed’ screen should you fail on a stage which I’ve included in the screenshot below. Killer-Duck Hunter definitely brings memories of the old Duck Hunt NES game from back in the day and is a great title to just pick up and play at any time. 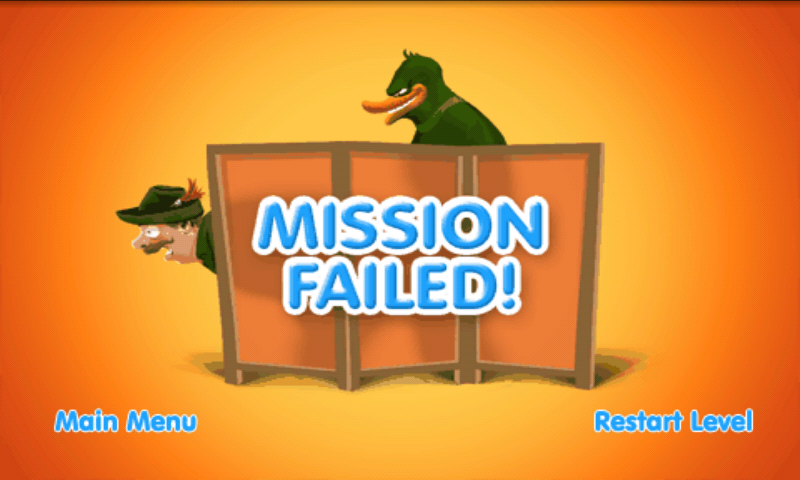 You can grab the demo version of Killer-Duck Hunter off the Android market for free to try it out or grab the full version for about $1.47USD which is less then what you’d pay for if you were trying to buy the original Duck Hunt game again. Definitely worth adding to any game collection.