Gameplay: Playing the game is pretty straightforward and anyone can pretty much just pick this game up and start playing. To complete a stage you need to use up all the blue bubbled letters and to do this you makes words for all the available letters on the screen. Tapping a letter once selects that it, then you can choose another letter that is adjacent to it. Continue on until you form a word and tap the last letter a second time to submit it and gain point. The stage is over once all the blue bubbled letters are gone.

As you remove bubbled letters, more drop down but sometimes letter will not drop all the way adding to the difficulty of this game. Sometimes you’ll need to make words that do not involve the blue bubbled letters in order to have letters you need drop and become adjacent to the blue ones. As you progress through the stages it becomes increasingly difficult with more blue bubbled letters to get rid of. To add on to the challenge you have to beat the timer as well. If you need to change your letters in the word you can just select any earlier letter and it will go back to that point. 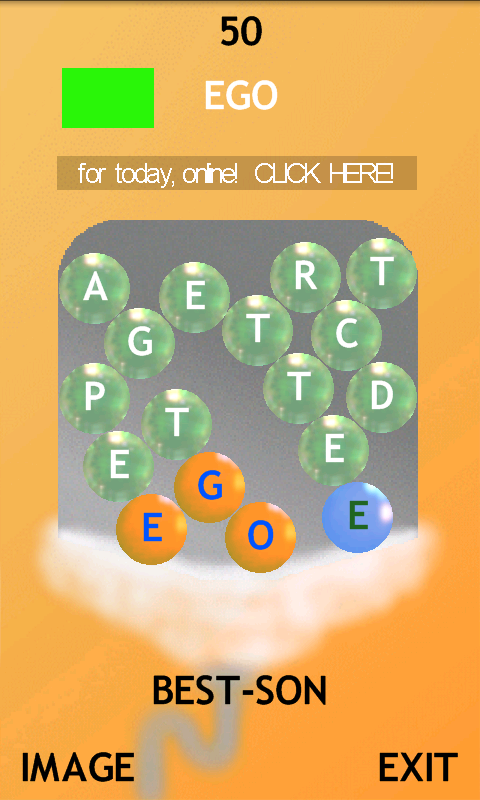 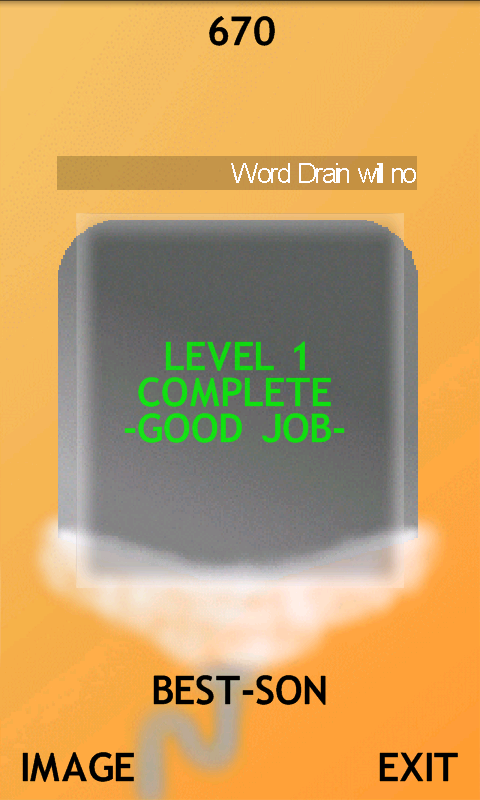 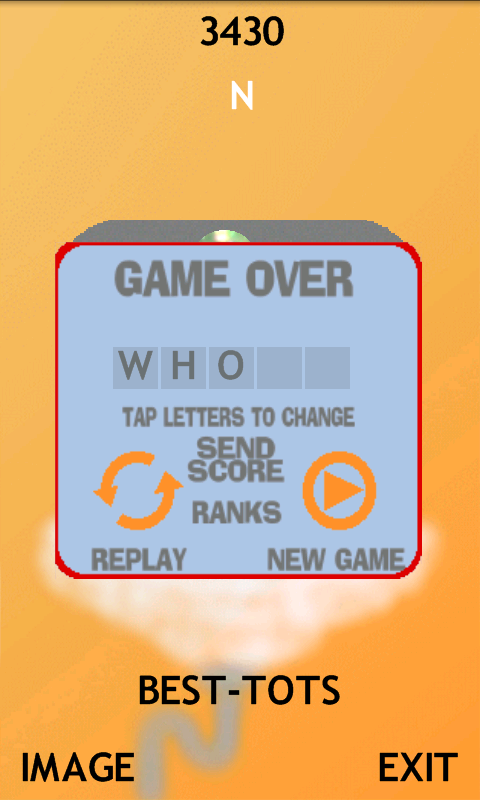 Graphics and Sounds: There is only one real sound that happens throughout the game and that is when you submit a word and the bubbles pop. Other then that there isn’t anything else sound related which does sort of make the game a bit less engaging.

Graphically the game has some alright visuals but again, nothing to write home about. Keeping in mind that word puzzle games aren’t exactly ment to be eye candy, the interface and overall presentation could be slightly better regardless. You can change the background image though by pressing the ‘Image’ button in the bottom left corner at any time. However you should have no problems reading the letters or anything else on the screen as everything is big and clear.

Controls: Everything is done via touchscreen so all you have to do is start tapping letters. No real problems occurred while trying to tap letters or submit my words and everything was responsive.

Overall: While people may find this game lacking in the visual and audio department, the game does what it is suppose to do and that is challenge your mind in creating words out of jumbled letters, sort of like Scrabble. With the dynamic gameplay keeping things changing there is also a good amount of replay value to this title. With a little TLC for graphics and sounds (maybe background music?) this can be a great title. According to the developer, multiplayer is on the way as well.

If you like word puzzle games this is definitely one to consider getting and adding to your collection. You can try it out for free with the Lite version or pick up the full version for $1.99USD. Both are available now on the Android market.