Saint is a top-down arena style shooter game for Android. Developed by ComputerTimeCO, Saint is a mortal who has a talent in killing demons. You have an arsenal of weapons at your disposal and the support of Gods which allows you to obliterate the onslaught of demons coming after you. This game is purely about carnage and how much you can do with the weapons you get.

In Saint, there are numerous power-ups to grab while blasting hordes of demons as they come after you. Everything from split shot to flame throwers and rockets. Controls are strictly onscreen dual joysticks which you use to move and aim. Shooting is automatic when using the aiming joystick so all you have to do is worry about moving around and having decent aim. 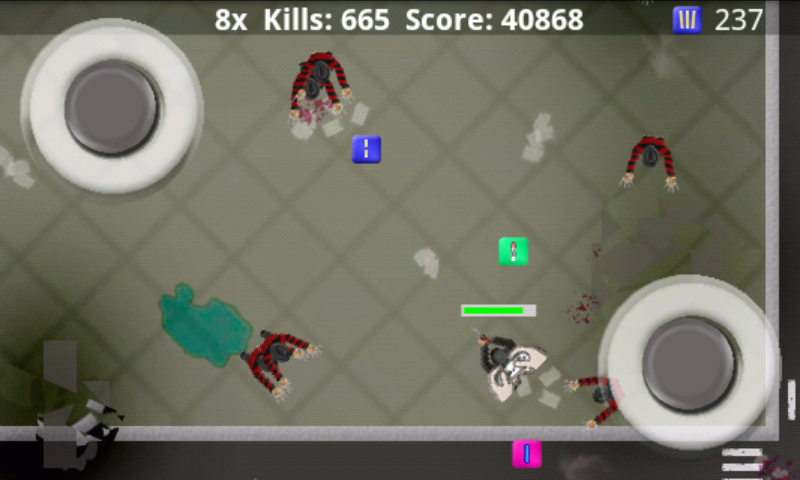 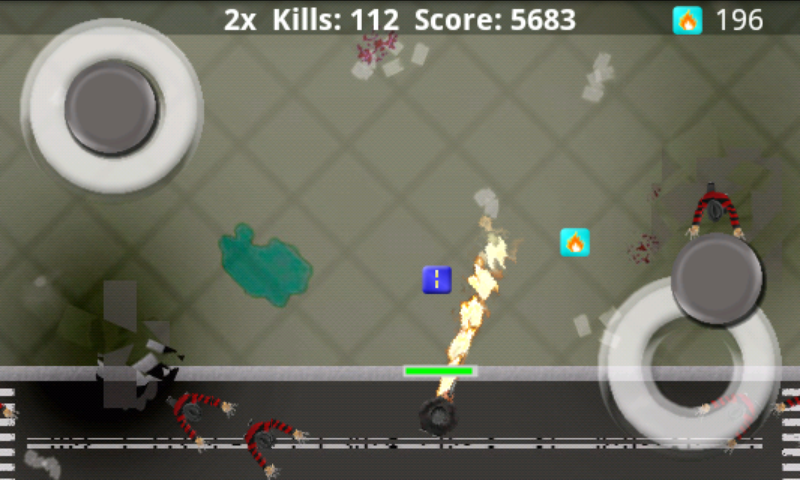 While the music fits the game perfectly, if you do not like death metal type music you will end up getting slightly annoyed at it. You can turn the music off but then the game seems to be less interesting with no music. There are multiple control options you can choose from to customize your gameplay better including where you want your dual joysticks on the screen or if you want to use the trackball to fire weapons.

The gameplay does get repetitive after awhile but luckily you can exit the game at any time and go back to your game to resume demon killing glory when you feel like it. This isn’t the end all of arena shooters for Android phones but it is a good substitute until something better comes along.

Overall this is a fun game to play even without the music, you’ll need to take a break here and there so you don’t get burnt out but other then that it would make a good addition to anyones collection. You can try it out for free with the Lite version or purchase the full version for only $1.99USD.