Developer AlBrAndroid who developed the great physics puzzle game RedX has released a new physics game called Drunk Ragdoll. In this game you have to remove objects below and around the Drunk Ragdoll so that it lands on the platform and remains there for a certain amount of time. If you miss the platform then it is game over.

The controls are simple, just tap the screen to remove the objects under or around the Ragdoll to control his fall so he lands on the platform below. After he lands on it, it isn’t a matter of just touching it but he has to remain there for a short period of time so if he rolls off you will have to try again. 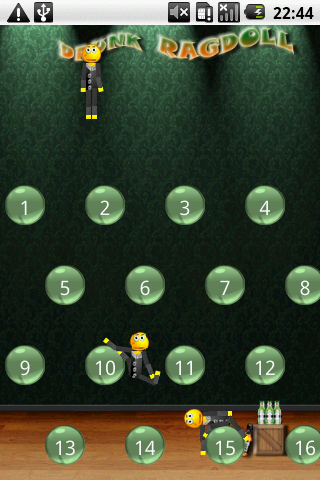 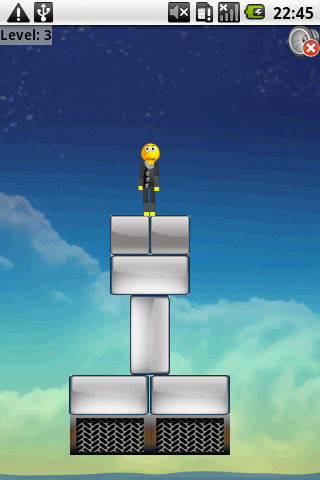 While Camel Games has been the main developer to go to for physics games, AlBrAndroid is coming up on his own now having released a second great physics game. If you haven’t checked out RedX feel free to check out our article about this unique puzzle/physics game. Drunk Ragdoll, however, is a fun and entertaining game to play whether you are a casual gamer or more of the hardcore variety.

You can pick this game up off the Android market right now for roughly $1.25USD for the full version. While there isn’t a free lite version to try out like RedX, if you’ve played Super Tumble by Camel Games then you’ll already have a general idea about how this game works plus you do have 24hrs to refund it. Definitely a good solid physics game to add to your collection when you get the chance.