There are a few old school RPG style games available for Android that really embrace the old school style of graphics and gameplay. Hero, developed by Skyoung09, is one of those games which has the old 8-bit graphics and animations. In this game you have to make your way through the tower to save the princess, get treasure and kill monsters.

The controls are pretty easy as it is an onscreen D-pad and all you need to worry about is pushing the direction you need to go. The L and J buttons around the D-pad use certain items such as a sword you end up finding that, when you press the L button, will tell you the HP of all the monsters on that particular floor.

Keys are important in this game as there are three types: Yellow, Red, Blue which open the same colored doors. If you don’t explore wisely you can end up without keys and unable to progress further. Another interesting feature is that you will automatically attack monsters you can beat but if they are too strong, you won’t attack and can’t get by them. 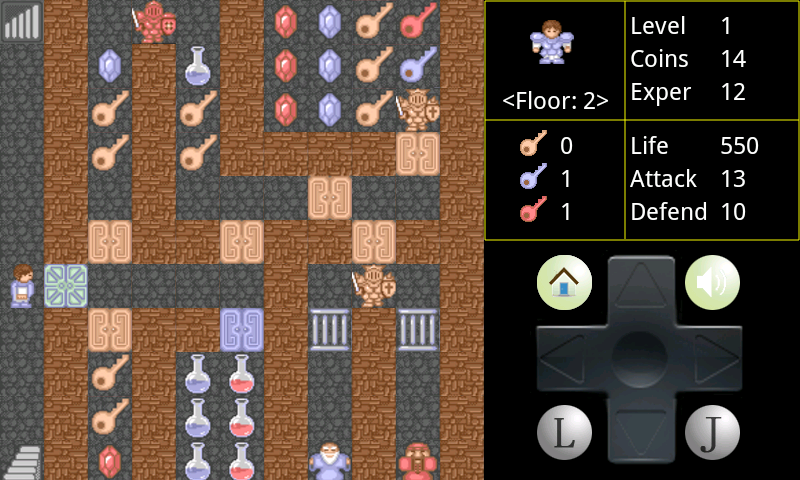 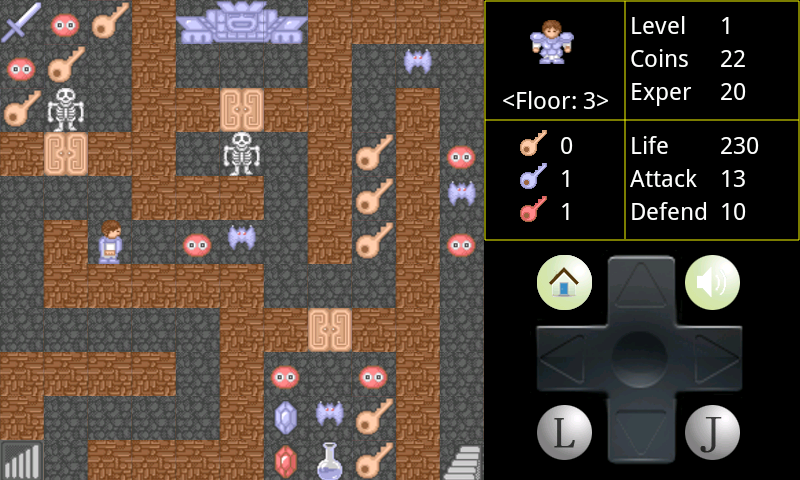 There are also vendors where you can buy HP, keys and other items on some of the levels to help you along in your journey. While this game features some great old school gaming to get your fix on, according to the comments, at level 14 you have to pay for the full version which is a bit of a let down. Supporting developers is great but that is pretty much the ending of the game you are paying for.

In the end though this is still a great little RPG to waste some time playing. It’s not as easy as it looks especially when trying to figure out what keys to use at any given point. There are two versions available on the Android market for normal and HD screens and the download is free for both of them.