Benu Digital has developed some pretty original games for Android devices already and their new title, Herobot, is yet another original release. Admittedly when first seeing this on the market, an image of Rock-em Sock-em Robots came to mind. Amazingly enough that wasn’t far from the truth in this action shooter game where you have to blast evil robots and save the female robot.

Herobot is an arena style action shooter game where you control your robot using various methods to move about the stage, shooting the evil robots that are coming after you without, hopefully, destroying the female robot (shown in pink). There are three kinds of controls you can use: On-screen joysticks, touch screen (touching where your robot is and dragging your finger to move him) or Trackball. Trackball controls are absolutely the best controls out of the three which are available at any time, on any stage for you to use.

The graphics are 3D-ish/2D top-down and are very well done, almost with a bit of a retro feel to them especially with the evil robots. They look like something out of the Jetsons cartoon. You don’t have to worry about pressing anything to shoot as you do that automatically and continuously so just worry about not blowing up your lady friend in pink. 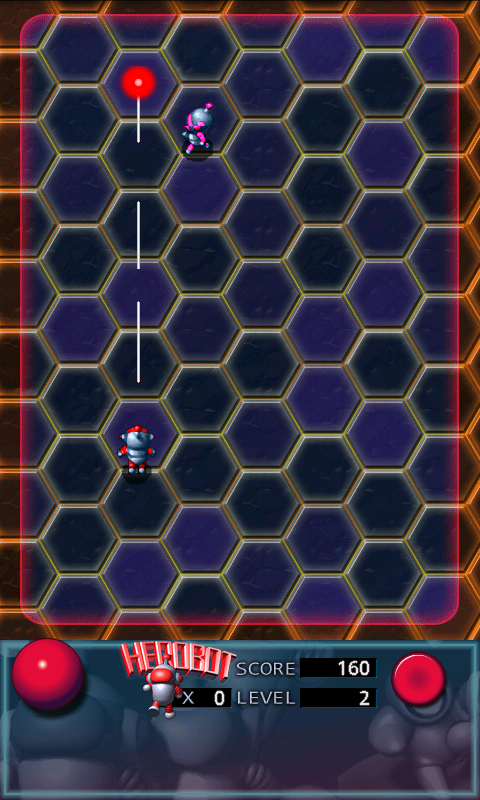 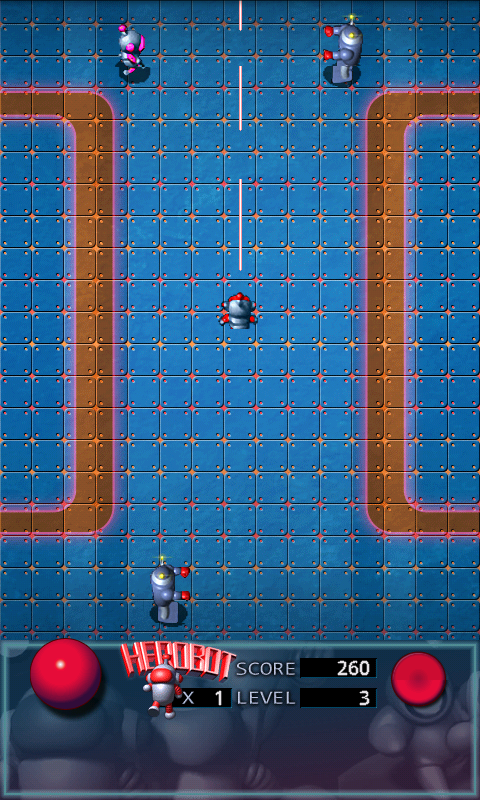 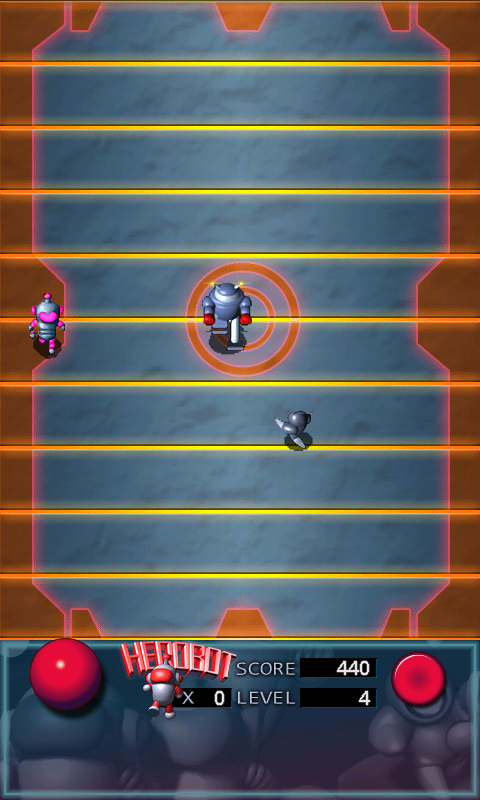 As you may have just read, this game is also Wiimote controller enabled should you want to use that then the default controls. While this game is very entertaining and gets progressively more difficult as you progress through it, you will quickly realize that using the Trackball is almost mandatory to control your robot as the other controls almost get in the way.

Overall though this is a great little arena style shooter from developer Benu Digital that will definitely help you kill some time when you are bored or looking for a little robot destruction action. You can try it out for free with the lite version or buy the full for roughly $2.75USD. It would be great to see an online version to compete against other players real-time in arena battles.