While there is always a need to kill zombies at any given point during the day, the selection of zombie games is still minimal when regarding the Android market. However there is a new game called Dead End, developed by Infectious Entertainment, presents you with a game where you can have wave after wave of zombies come at you for you to destroy with various weapons.

Your family has been killed by zombies, destroyed your city and even eaten your pet goldfish Herb. So being the angry individual that you are, you decide to head to a graveyard to kill a bunch of zombies. You have a bunch of weapons you can purchase along with a numerous upgrades to those weapons. Controls are either tilt or touch controls and all you have do to is tilt your phone to aim and tap the shoot button located at the bottom of the screen.

Dead End also features an option where you can turn music on/off but if you turn it on you have to download the tracks before they play. I’m guessing this is to save space. There are also achievements and rewards to earn in the game for all your zombie killing. Make sure to keep your ammo stocked as well, running out of ammo before a wave is done means you are pretty much dead meat. 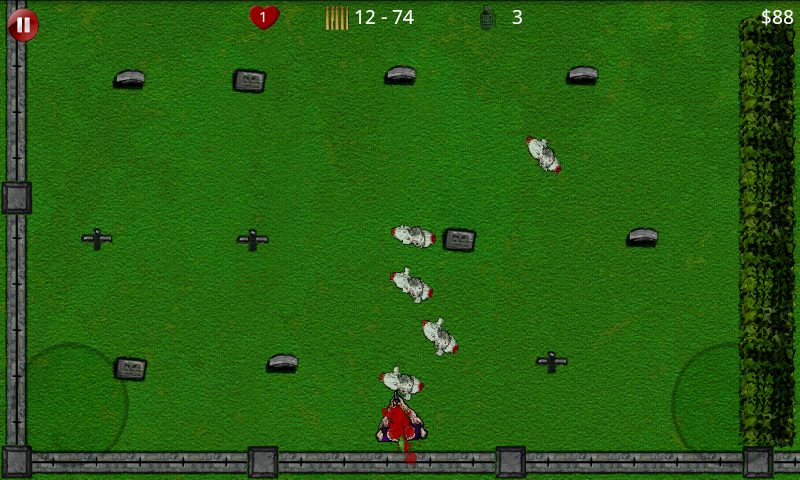 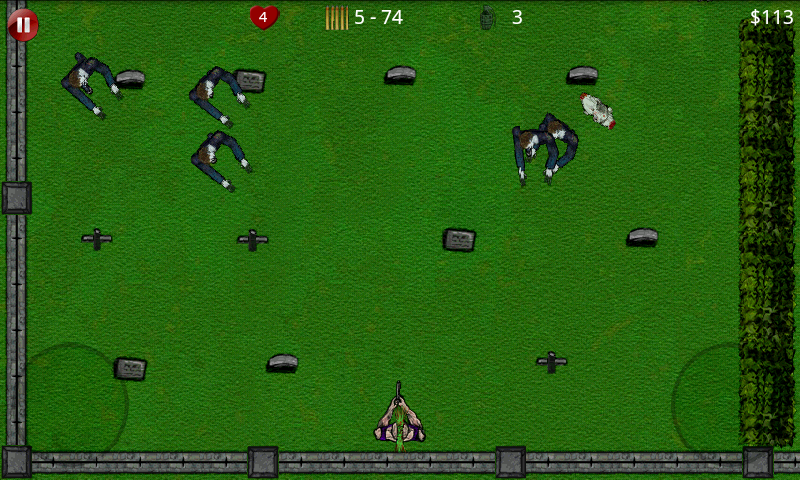 Dead End is simple in it’s gameplay but addicting nonetheless which most zombies games end up being. It is easy to just pick-up and play at any time and thanks to the auto-save feature you can continue where you left off should you find the need to suddenly stop your zombie killing madness, like when you have to work. Graphically the game is flat 2D images with some animations but you are treated to nice zombies growls and screams while you shoot them or they eat you.

You can try this game for free with the Lite version which offers you 3 levels of gameplay. The full version will run you $2.99USD and is available right now on the android market. If you like killing hordes of zombies with various weapons then give this game a try.