Camel Games is one of the premiere physics-based Android developers around. Space Physics, an addictive title by Camel Games, is no exception to this rule. Expect this game to keep you entertained (and thinking!) for a long while and feed you some cool neon graphics for your eyes to enjoy while you play!

Gameplay: This game’s greatest strength is its sandbox nature. There are currently 80 stages in the full version; at the beginning of each you’ll be facing a starting layout. The goal in each stage is to get the green ball to the rotating star as quickly as possible. How are you supposed to accomplish this? You’re on your own!

You can draw any shape into the level to move the ball using very realistic physics. Lines and polygons will be your basic shapes; other possibilities include rotating gears, levers, and locomotives. You’re free to try anything to get the ball where you need it to be; expect to restart the later levels many, many times to accomplish and then optimize the task. 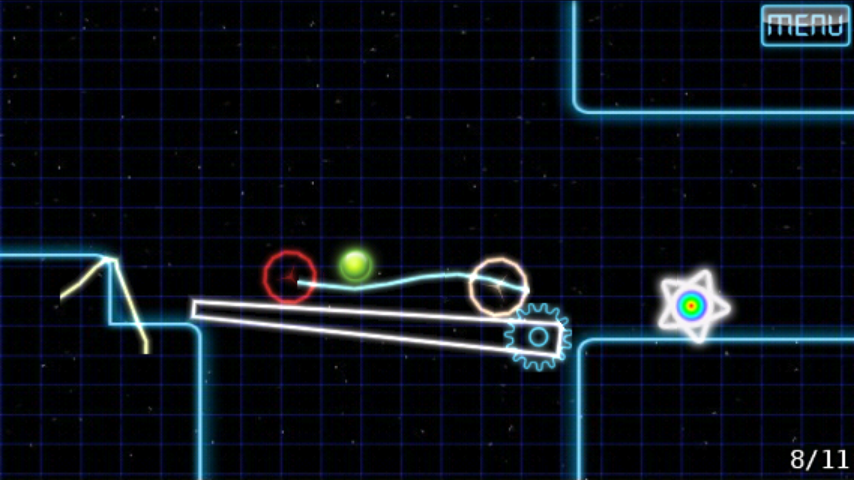 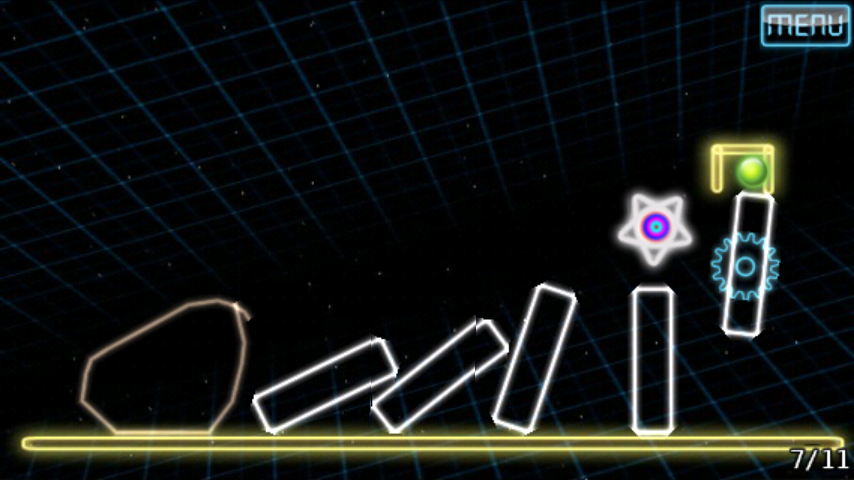 Graphics & Sound: These are pretty basic. The graphics are simple line drawings, but that’s a function of the game mechanics – whatever you draw is what appears! As a result you get a retro-looking, simple graphical experience that I find to be perfectly acceptable. The sounds are also very simple – a click or two when you create a draw a shape, a ratcheting noise for a gear or car. Some simple background music would probably be a very nice addition to Space Physics.

Controls: The controls are acceptable for a touchscreen game once I got used to them. They’re a bit tricky at first, but once you learn how the physics work and how the shapes interact you can build what you need without much trouble. Not much could be improved here with the possible exception of increasing the drawing accuracy; controls overall are very good. 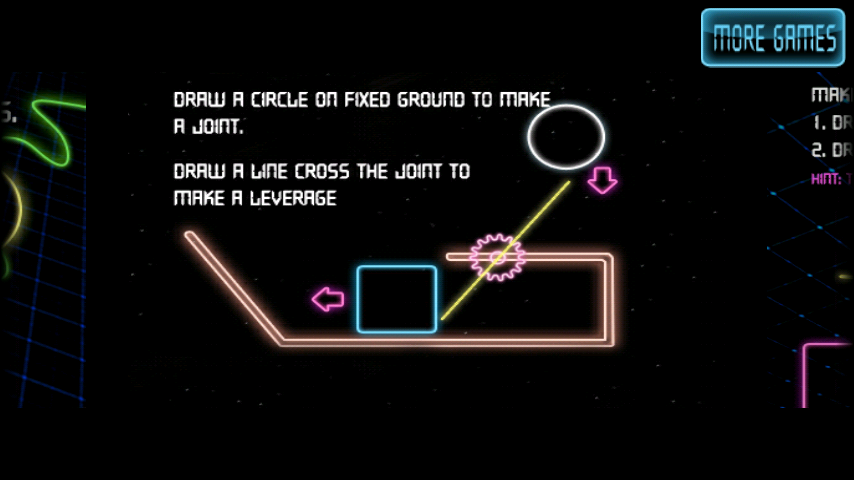 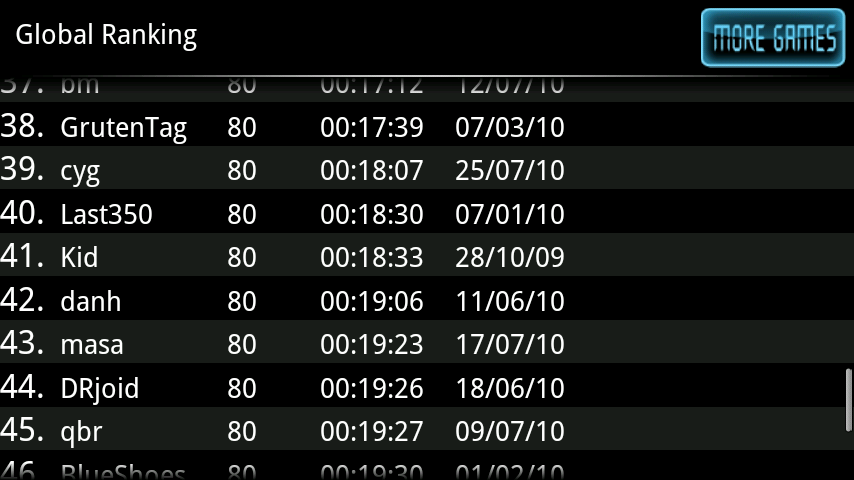 Overall: It shouldn’t be a secret by now – I think this is a great game. Camel makes it even more attractive by making the purchase cover only the bare executable. After installing, you download a free “app” from the market that contains all the levels; they’re installed to the SD card, at which point you can uninstall and delete the level pack. Definitely good thinking by the dev to conserve valuable space on the phone’s memory.

I would like to see more options for the leaderboard. Currently, you only see the top 50 players and their combined times for all 80 levels. Being able to compare your best time on each level to others’ bests on that level would be a cool feature.