So a recent article posted on a major gaming site states that due to the Wild West nature of the Android marketplace, the market has gone too far which is all due to the emulators available for your Android phone. While piracy is a major issue in all areas of gaming, not just mobile, the article goes a bit far with slandering the Android marketplace because emulators are allowed.

First, IGN just recently announced that they will be covering Android gaming news and phone news. Great! More exposure is always welcomed. Unfortunately so far it seems to be more negative in nature. While piracy is a major issue all over the place, not just gaming and certainly not just with Android, Google has been taking measures to help developers combat piracy.

“This is wrong. This is copyright infringement and if Google wants the Android Marketplace to have the same respect and success as the App Store, it needs to do something about it.” – Levi Buchanan, IGN

Emulators have been around for a very long time, since early days of gaming and there is an emulator for pretty much every system that has ever come out. Creating/using an emulator is completely legal. It is illegal to have ROMs of games you do not already own but if you own a copy of the game it is perfectly legal to have a ROM of that game. Putting an emulator on the Android market is completely fine and using ROMs of games you own already on your Android device using these emulators is also completely fine. Lastly, there are no ROMs being offered on the Android marketplace, just emulators and silly apps that take you to websites that have ROMs which most people don’t even use as there are a whole lot better sites out there for them.

The article states that the iPhone App Store had it’s fair share of copyright infringement issues but fails to mention so has the Android marketplace which Google has addressed when the need arises. A prime example of this is the Tetris DMCA notice incident where 36 Tetris clones were yanked off the Android market. Before that there was the incident with the DOOM, Duke Nuken etc etc ports on the market. There have been many times aside from these two above mentioned ones that Google has suspended an app or game due to copyright infringement. Google may seem like they just let everything go freely on the market but in reality they do not. However like the rest of the world of technology, it is up to the company to bring the issue of a copyright infringement up to Google. 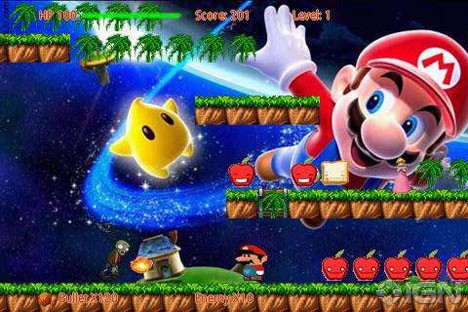 Apple may take the stance of having to approve everything that lands on the App Store but that creates more issues then it is worth for developers even with simple things as updates. That’s great for them but Google has let the community and the world police it’s Android market and if the need arises that something needs to be yanked off the market, they do it and do it quickly which has been personally experienced by myself.

If IGN wants to report on Android gaming and Android phone news in general that is great but lets keep it real instead of using examples of malicious apps on the Android marketplace to slander the market while talking about emulators.

A quote from the article:

“The marketplace of ideas only works if the purveyor of the marketplace makes a baseline effort to ensure an even playing field. Lament the App Store as a walled garden all you want. But you’ll never find Mario vs. Zombies over there.” – Levi Buchanan, IGN

We may never find Mario vs Zombies over there but at least we have a choice to play it or not as do the companies who own the copyrights to file DMCA notices to take down copyright infringing games and Google will do it. Android’s marketplace is about creativity and if a developer chooses to just copy something, the marketplace will judge them as they see fit and those developers usually fail. The Android marketplace can be a harsh world for some developers but one thing you will always notice and that is original and fun content, games or otherwise, will always be well received by Android users and there is a lot of that available.

On a side note, there are emulators available for the iPhone as well just not available on the official App Store. Maybe it is just me and I completely missed the point of IGN’s article. What does everyone else say about this topic? I would love to hear your opinions on both emulators/ROMs in general and IGN’s article.