After a long qualifier round of gaming with gamers fighting to get into the Top 40 the list has been set and the ladder has been made. All players were randomly paired by phone type as close as possible to even up the playing field. So here is what you have all been waiting for…the ladder build and also the announcement of the 1st round game!

After each round, that afternoon the next game will be announced giving everyone time to get the game and have a little practice on it. Now onto the ladder build…

When looking at the ladder you are probably wondering what I was thinking. Well because I picked the awesome number of 40 to move into the ladder I had to get a bit creative with it. In future AGC events I’ll be choosing a much better number to work with. The way it is set up is to ensure everyone plays the same amount of games if they make it to the finals.

You will notice at the bottom that it says best of 3. This means these players will compete with each other over three rounds (1 round with 1 game each round just like the rest of the ladder) with obviously the person winning 2 out of three moving on in the ladder. The winners of the best of three matches will advance into a 3-way battle to get into the championships and from there the top winners of the 3-way battle will go head-to-head for the championships and everyone else will battle it out for the final spots. This setup actually works out well as most phones in this ladder are Motorola Droids or better. There are a few older phones that made it in so this gives everyone a bit more of a fair shot at winning. At least that is my story and I’m sticking to it.

So without further babbling on my part I’m sure you are all eager to know what game will be played this round. Well here it is…drum roll please!

That is the game for the first round of AGC ladder play and is available on the market right now. The is world one from the full version game and has no ending so it is basically just like survival mode. Below is the ladder build, the image is rather large so just click on it to expand it into full size. 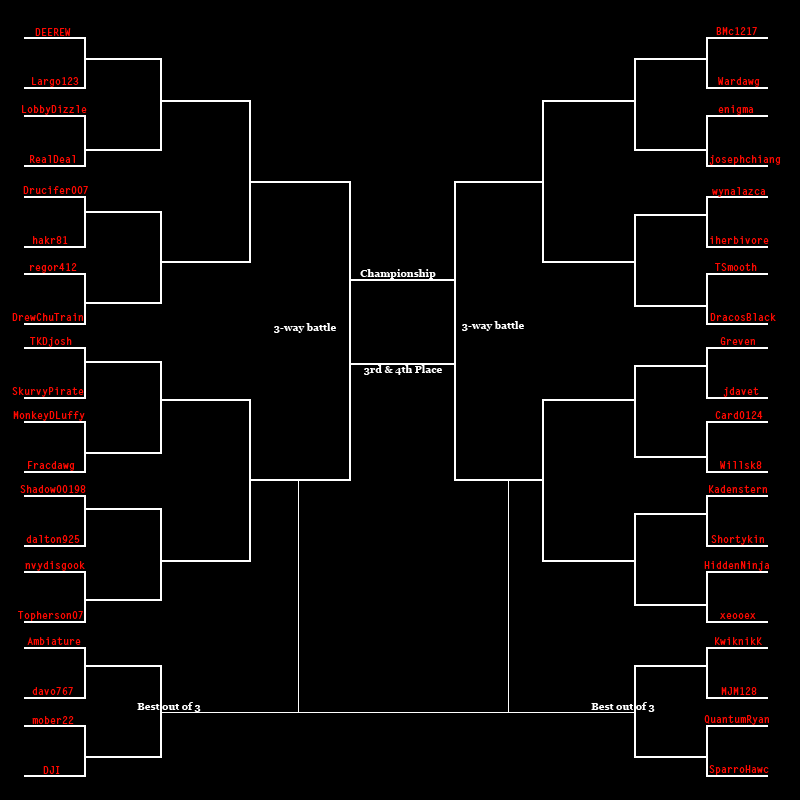 If you have any questions please feel free to get in touch with me, preferably by email but you can leave a comment as well it just might not get answered right away. To win this round all you have to do is beat your opponents score after 24 hrs. This round will start August 8th, 2010 at 10am PST and end August 9th, 2010 at 10am PST. All scores submitted before that time will not count so don’t bother submitting any until 10am PST August 8th, 2010. Please use your email address/username for this scoreboard so I can be sure it is you. Good Luck to everyone and thank you to OrangePixel for providing this special edition game for the tournament!

Scoreboard for Round 1: DynamoKid Run AGC Edition (after the start of the round)

Please note this game will be removed from the market after 10am PST August 8th, 2010 or before if everyone get a copy before that time.