If you used to enjoy the original Sim City and perhaps still do then there is a bit of good news for you. Saint Feint City, which used to go by the name of RetroVillage until a recent update, lets you go back to those old school days of building a city and hoping it flourishes. Layout and graphics are very reminiscent of the original Sim City game.

Game controls can be either touch or trackball although touch seems to be the better option. Building a city is pretty straight forward, just start by naming your city and then head out to the wide world to build it. Select different buildings types such as commercial, industrial and residential and start placing them on the map while making sure they have power and roadways. 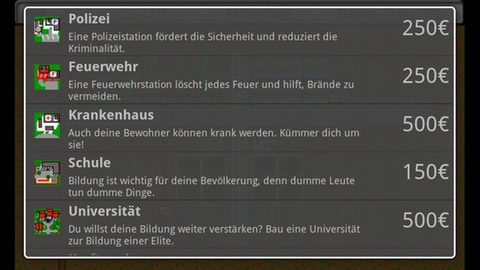 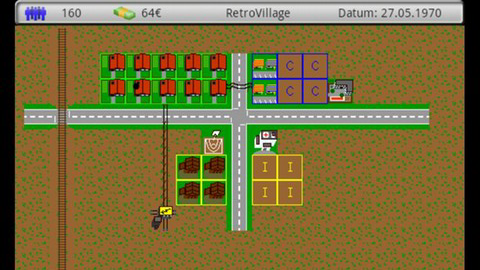 As your city grows and becomes successful (hopefully) you’ll make more money, be able to expand and use more buildings just like the original Sim City. While still in the early stages of development, Saint Feint City still offers up a lot of gameplay and replay value. People looking for some superior eye candy will however be slightly disappointed as there are no animations yet and overall the graphics remain basic like those of the original game.

You can grab Saint Feint City off the Android market for free right now and begin building your dream city for your population. If all goes well you’ll be as good at this game as you once were at Sim City.