Have you ever wanted to just grab some sheep, put them in a big slingshot and shoot them into the air to try and hit animals such as flying pigs? Neither have I until now that is. Sheep Slinger, developed by Kymah LLC, lets you fling willing sheep into the air in your attempt to hit as many flying animals as you can until you move onto the next stage.

The controls are pretty simple in Sheep Slinger. Just let a sheep jump into your slingshot, holding it with your finger and slide back to the strength you want for your shot then let go and watch your sheep get shot into the air and hopefully hitting one of the flying animals in that stage. Of course if you miss your sheep get to go on a nice trip but it is okay though, you’ll get more to fling into the air! 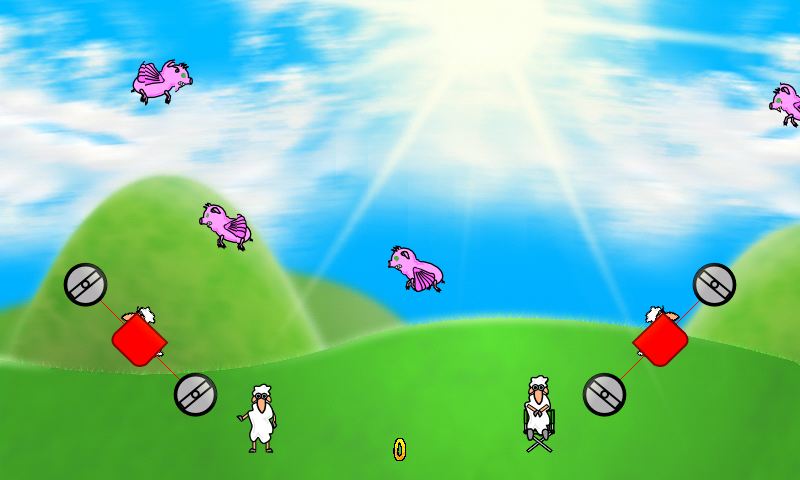 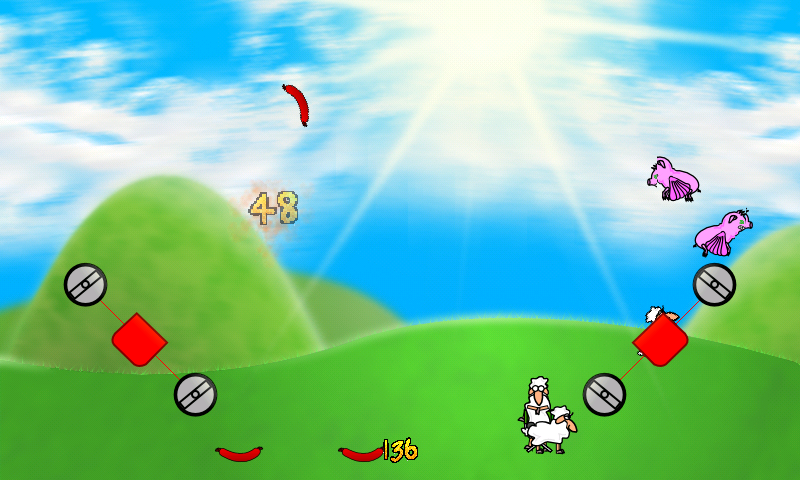 This is a great example of a simple but original game that brings a lot to the table without having to coat it with lots of eye candy. 3D gaming is great but sometimes the simple things are what make games great. Simple game controls, entertaining gameplay with lots of replay value are what make Sling Sheep a nice little gem to be found on the Android market.

Speaking of the Android market, you’ll be able to try this game before you buy it by downloading the Lite version. The full version will only set you back $0.99USD so if you like the Lite version then get the full as you’ll have access to the entire game, bosses included. Definitely a great time killer and addition to anyone’s collection.