This is it, this is the last round of the first ever (but certainly not the last) Android Gaming Challenge where we will name one person as Champion, two people will walk away with a new Android device and all six remaining people will win a boat load of other goodies! All six remaining competitors have fought long and hard to get to this round!

Here are the matches for the final round:

After this round which will end tomorrow (August 19th, 2010) at 10am PST we will know who the Champion will be. All six remaining competitors should get a massive congrats though as they fought through the initial 400+ entries and through each round of ladder play to make it to this point and the competition was seriously fierce every game with scores that broke any existing high scores on the normal global high scoreboard for each game. 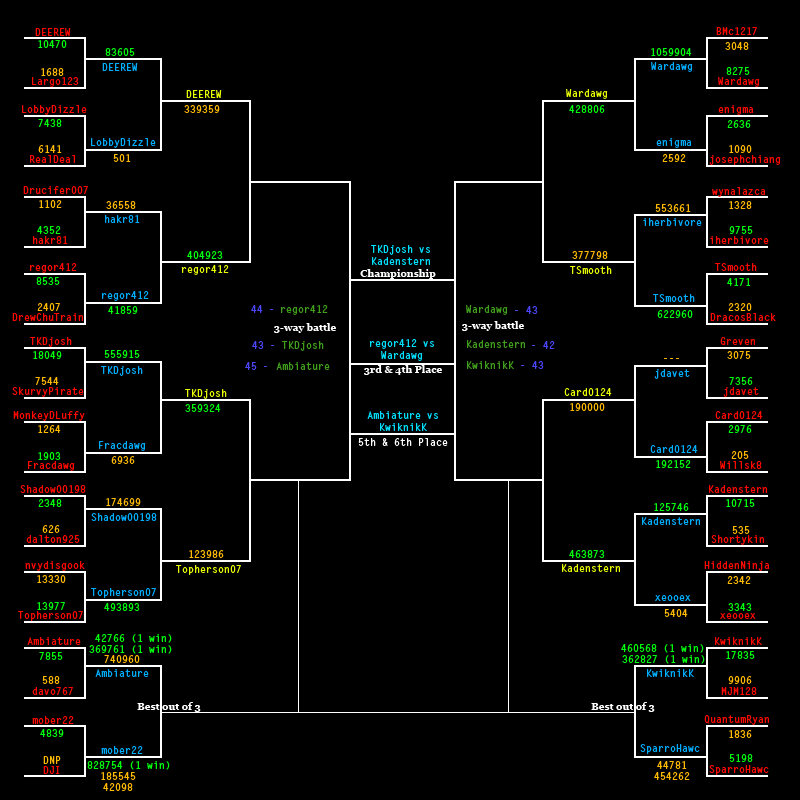 I promised something a little more laid back in gameplay for the final round after beating everyone up with games needing endurance and lots of time to play. So without further delay here is the final game for AGC1:

Up in the Arrr! AGC Edition

You will receive a copy of this game via email as well as any further instructions. Remember this round starts at 10am PST August 18th, 2010 and ends tomorrow (August 19th, 2010) at 10am PST!

Best of luck to everyone! For everyone else tuning in you can check out the prizes in our previous post listing everything each person will receive depending on their placing. Also this will definitely not be the last AGC and we certainly have a lot more tournaments outside of AGC planned as well so don’t go too far, we will be announcing another one shortly!