Crossfire is an interesting little game developed by Joinmobile and was just released onto the Android market today. Crossfire has you control three mechanical warriors on one side of the screen and battle it out with enemy mechanical warriors who are situated on the other side of the screen and once everyone is on the board you begin shooting at each other over a barrier, like Tennis.

Your mechanical warriors can only get hit twice before dieing where as the enemy can get hit three times. The controls are touch based and to shoot you just long press on the robot you want to fire from until you think the firing strength is enough to hit the enemy across for it at which point you take your finger off the screen and that robot fires. 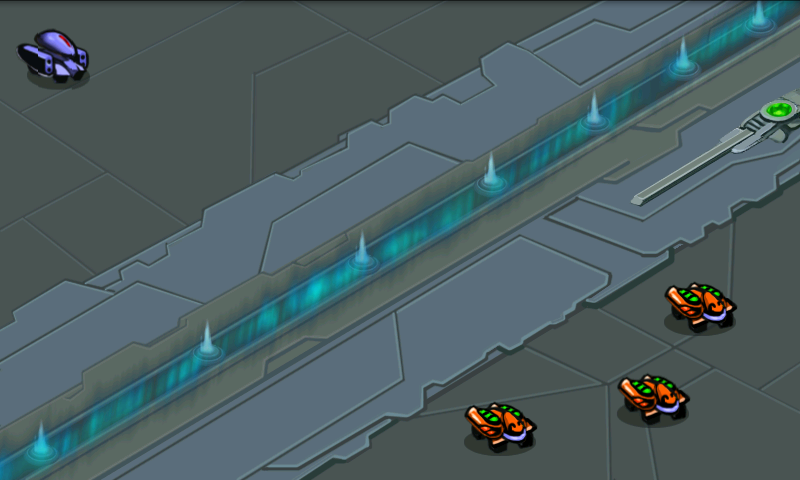 You can also move your robots around by long pressing on one and sliding your finger around on your side of the screen to place it elsewhere which you’ll end up doing a lot of trying to dodge enemy shots or moving to a better place to hit them from. Enemy robots tend to move around a lot as well so you’ll have to keep an eye on them. 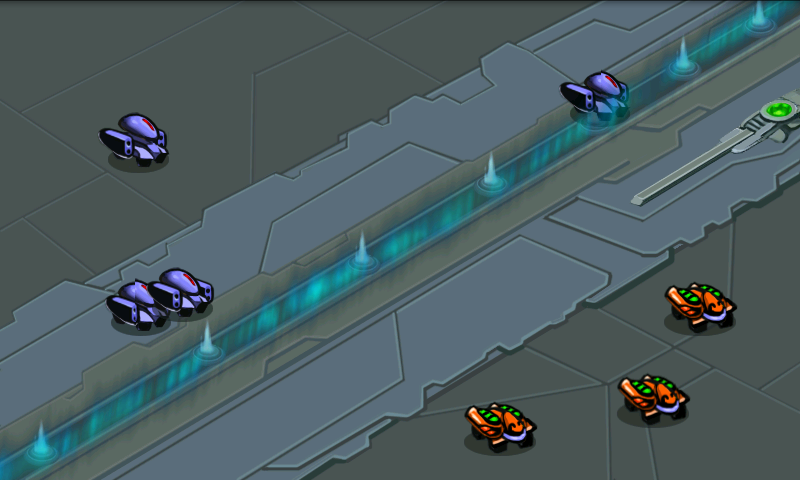 Graphically this game has some cool drawn style graphics which, if you are into any sort of user interface customizing whether desktop or mobile, look a lot like something you would find in a BUUF icon pack, sort of a pastel/chalk looking set of robots. Animation and overall gameplay is done quite well as are the controls.

If you are looking for a very casual game that can dish up some good challenges in the later levels then you will probably want to check Crossfire out. However don’t expect really deep gameplay, it’s a simple aim and shoot game!