Guns’n’Glory is the newest release by game developer HandyGames. In Guns’n’Glory you are actually the bad guy, running a group of bandits who steal gold from settlers. It is a unique game in that it combines the action gaming genre with the gameplay style of a tower defense game making it a really interesting and dynamic game to play.

You will need to move your guys around to ensure you ambush all the settlers each stage, if any escape you will lose health (shown in the sheriffs badge) and once you reach zero it is game over. As you gain more money you can (and will need to) hire more bandits to join your little outlaw crew, some of which just shoot their guns, lob sticks of dynamite and others shoot cannons. 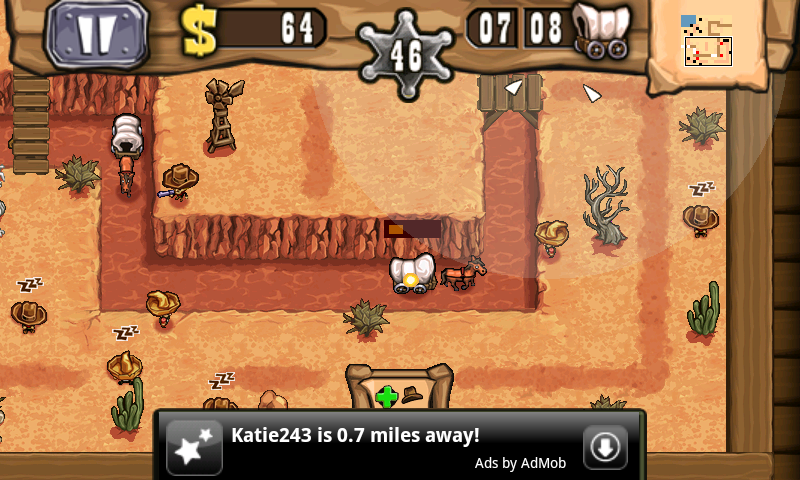 Each type of settler has different strengths as well the weakest being the settlers walking on foot. There are also Stagecoaches and even gold trains for you to rob. All the controls are touch bases so to move one of your guys around just long press on them and drag your finger to where you want them to go which makes them walk to that point. Hiring more members to join your crew is done by tapping one of them (they are sleeping in different spots on each stage) and just paying them gold that you’ve stolen to make them active.

The graphics in Guns’n’Glory are very well done providing some excellent eye candy in a top-down perspective to look at while you are robbing the settlers. There are plenty of sound effects as well from guns shooting to explosions from dynamite all while listening to music that sounds like it is from an old western movie. 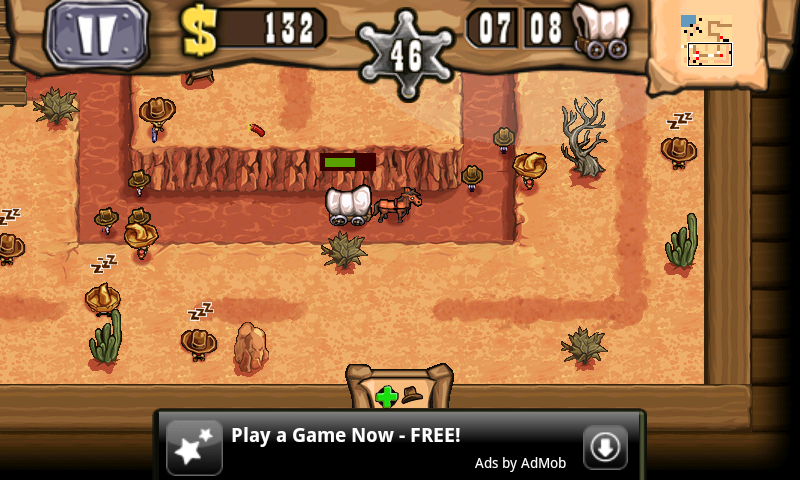 You can pick up this game for free off the Android market. It is ad supported and unfortunately the ad is located on the screen during gameplay in a place where it can be easily to accidentally click on it while moving your guys around. Either way though this is a great game, one of HandyGames best so far for Android and will make a great addition to anyone’s collection.