It is time for some more retro-style gaming and the latest to drop onto the Android market is a game called OpenTyrian by developer Pelya. Pelya is actually a regular over at the Anddev.org forums and has released a few other games onto the market but none as slick as this one. This is your retro space shooter you’ve always wanted to have on your phone.

Just a word of warning though: Be sure to set up your controls correctly the first time! I’ll explain why later on but for now take my word on it. Speaking of controls, OpenTyrian supports Trackball, Touch screen/D-Pad and keyboard controls. Like any vertical scrolling shooter your job is to survive each stage while killing enemies spaceships and ground units. 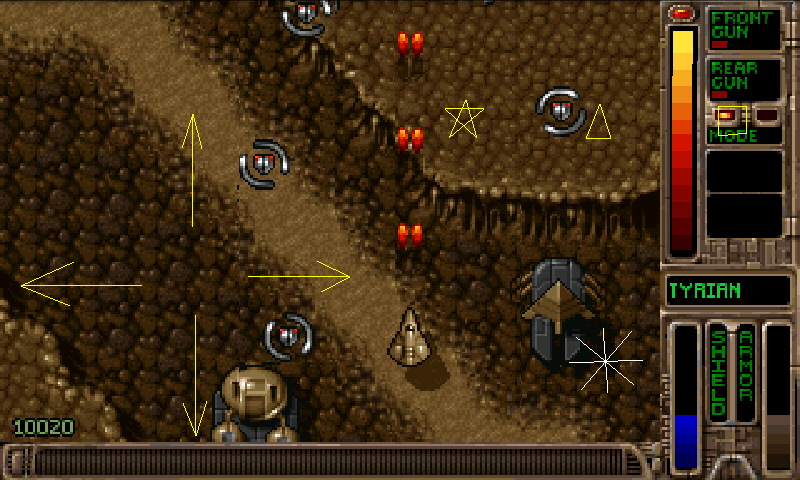 Ground units take a lot to destroy but they can be eliminated, you just have to be quick about it at time. There are also plenty of power-ups along the way to help you in your quest of eliminating the enemy such as more powerful ammo and spread shots. Ducking and weaving and shooting is what this game is all about in its futuristic 8-bit glory. 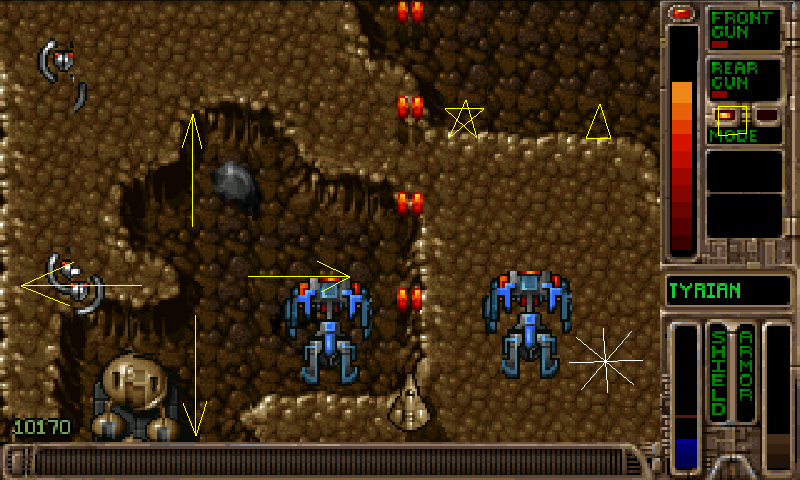 As mentioned in the features once you run the game for the first time it will ask you a few questions about setting up your controls. Be sure you are answering them to exactly how you want your controls to be otherwise it is a pain in the ass to change them. The majority of the games data will download after you answer the setup questions and will do so in the background.

Graphically this is a prime example of some awesome, highly detailed retro graphics that we used to see in the arcade and on the old console systems. If you enjoy retro games, especially ones of the vertical scrolling shooter genre, then you’ll definitely want to go grab this for free off the Android market.