The controls are pretty straightforward. Just touch the screen, keeping your finger on it, and dragging it in the direction of the bear you want to shoot and kill. Shooting is automatically done when your finger touches the screen so to save ammo you will want to at least get the cross-hairs close to the bear you are attempting to shoot. Every stage is a wave of enemy bears coming at you from various areas of the screen and after killing a certain amount each stage you get to upgrade your weapons and defenses. 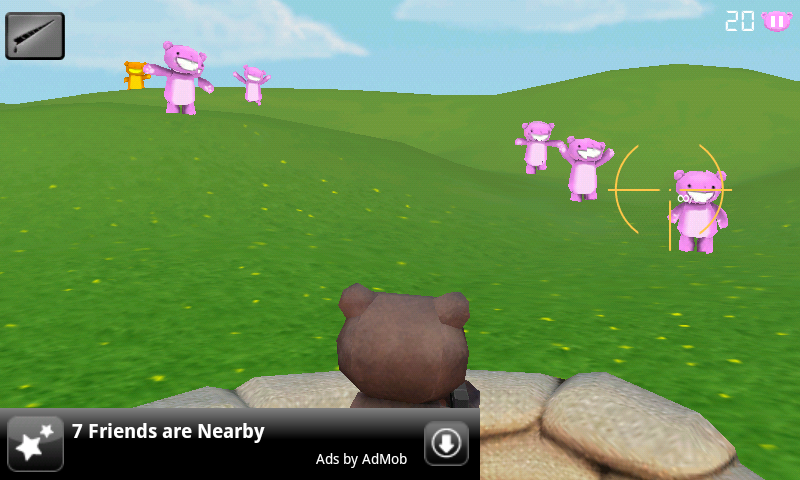 There is one issue with this current release and that it is a shorter version (not the Full version in other words which is due out soon) and is ad supported. Nothing wrong with that but unfortunately the ad placement is poorly located and it’s almost impossible to hit the Back button when at the upgrade menu. On the flip side though you do get bonus points for head shots! 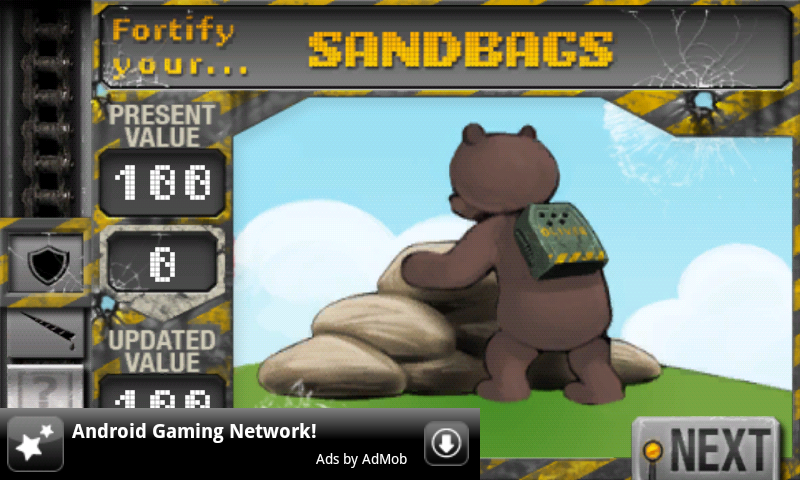 Overall Battle Bears Free has the potential to be a great game and the only adjustments that need to be made are where the ads are located. Other then that it’s a unique little time killer and definitely worth trying out while waiting for the full version to arrive. You can pick Battle Bears Free up off the Android market now for..you guessed it, Free.

Also keep an eye out for other Battle Bear games that, hopefully, are on their way to Android, specifically Battle Bears Go which is a top-down shoot-em-up game that looks like it would be really fun. Lastly, we may see Battle Bears as a movie coming soon, sort of like what Rovio is doing with Angry Birds.

Thanks for the tip AASonyKK!