Hella Umbrella, developed by Ramblin’ Wreckage, is a very unique platformer that can now be had in beta form from the Android Market. I snagged the beta and gave it a very thorough run through. Although the beta has only three levels they have a great rang of difficulty. The first level starts you off as a basic training level to get you up and up on how the game plays.

Various finger swipes and presses to either move right or left, jump or stop but the most important is the rotation of the phone. As you rotate you have an umbrella that will stop you from falling, it has a time limit of a few seconds before it collapses and you fall to your death. So unless you realize your falling and rotate the phone quickly you can fall to your death. I found all this to be very well thought out at first but then had doubts on the second level and third levels. But after playing all three levels several times my doubts went away. The original difficulty was only because of the dramatic difference in the levels provided. And I am sure that everyone will be very comfortable with the game once it hits the market in full and you are more gradually brought to the harder stuff rather then dumped right in it. 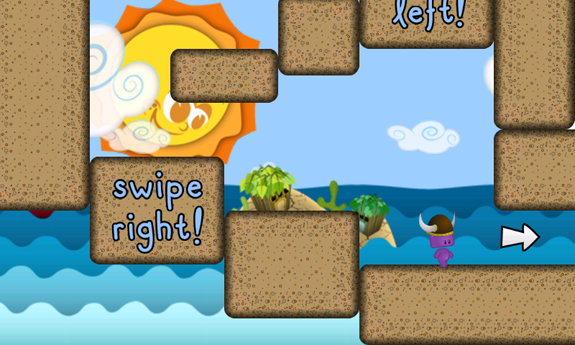 As for graphics they are minimal but very will done in the aspect that nothing seems out of place. No one item on the screen feels more or less detailed then the other and the color pallet stays within the bounds of bright and colorful. You are allowed to select a hat and umbrella of different colors and designs and even the color of your character and it all stays within the bounds of the games design perfectly.

The beta played smooth for the most part with just a slight stuttering movement when moving between screen sections, but there is no game play during that time so nothing is effected by it, but like I said this is a beta and I am sure this will be minimized by the end of the release. I found no serious bugs with it on my Vibrant but as it being a beta your mileage may vary. So other than the stuttering game play seemed to be in the hands of the player and your reflexes, if you can act fast enough you can run the gambit, if not then you get to try it again. 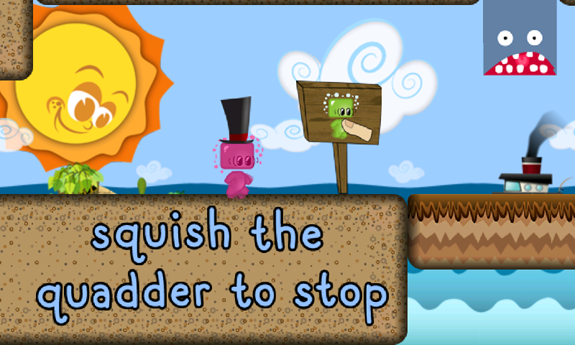 Until the game is released from beta in all it’s glory you’ll be stuck with three varying difficulty levels to toy with, but that wont stop you from coming back for more. It also wont stop you from becoming very frustrated in the process, but hey if your not frustrated then your not being challenged by a game. So jump on over to the market and look up Hella Umbrella and start wowing friends and even yourself with this new unique style of game play.

You wont be disappointed! Just wanted to add that at no time during game play did I drop or feel that I was going to drop my phone. If you didn’t read our previous article about Hella Umbrella then feel free to do so to learn more about the features of this great game coming to Android.

Please Note: Compatibility for all Android devices is still being tested so if it does not work on your Android phone, let us know and we will tell the developers!