Today has been a day of behind the scenes type of work and while taking a break from said work I saw Glu mobile tweet that they had released Transformers G1! Two seconds later I was tipped off by Khuram_Moose on twitter about this as well and it comes at perfect timing as I just got a fresh Droid 2 to test and review!

Transformers G1 has you as an Autobot (or Decepticon) and your mission is to obviously destroy the Decepticons (or Autobots) and capture Energon sources in order to repair, upgrade or reactivate your Transformers. Each battle is turn-based and using strategy and strength along with special move you battle your way to victory (hopefully). 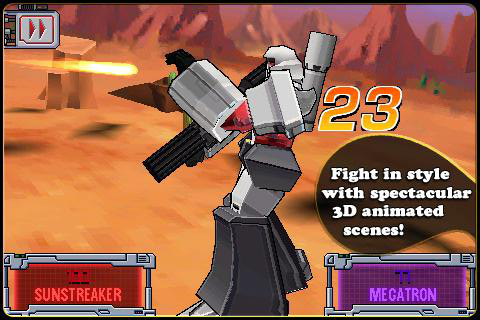 This game is great if for no other reason then it sticks to the old school Transformers look whether it’s with the graphics, which are 3D-ish, or the fact that the Transformers all look like they used too. Even though this is a turn-based fighting game, it is really a Street Fighter type of action game and the only reason it isn’t fully in that play style is due to the limitations of not having a joystick and buttons to mash.

While not technically a retro game, the theme however is and anyone who was a Transformer fan will probably enjoy this a lot more. The graphics are 3D but have a drawn feeling to them so it is almost like you are playing the actual cartoon. 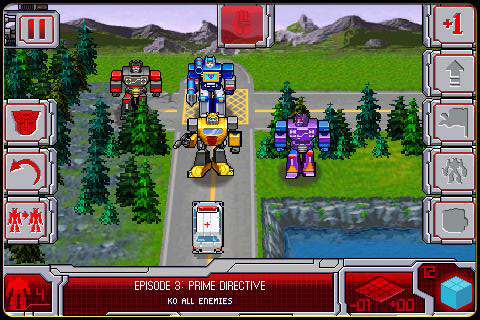 There is no free version to try out but you can pick up the full version now for $2.99USD. I believe this is a sale price so now is the time to pick it up before the price goes up! I’ll end up playing Soundwave the entire game since he was always my favorite from back in the day. Maybe we will see Jump O’Clock or Glyder 2 come to Android next.

Expect a full review of Transformers G1 shortly! Thanks for the tip Khuran!