It is pretty unanimous when talking about indie game developers here at DroidGamers that one of our favorites happen to be OrangePixel. Generally under-rated and often overlooked, OrangePixel has been consistently producing and releasing original games for Android that are usually both fun and high quality with their own unique style.

Earlier we released a sneak peek at their upcoming retro game Jumpy which is now available on the Android market. Jumpy is a great platform game that is very reminiscent of Mario Bros. In fact it was the inspiration for the game. In Jumpy the goal is simple, collect the coins and jump on the monsters while making your way to the end of the stage before time runs out. 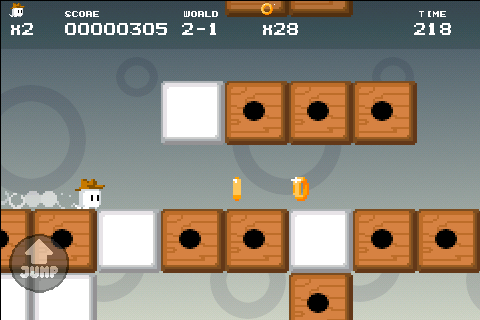 The controls for Jumpy are simple as well. Just tilt your Android phone to move your little guy and tap the jump button to…well…jump! Be careful though, your little guy can pick up a lot of speed!

Jumpy also marks a first for OrangePixel in that it is their first game to have Social middle-ware integrated into it. For this they ended up choosing OpenFeint. There are also a bunch of secrets to find in Jumpy just like in the Mario Bros series of games so you’ll definitely be entertained for hours. Definitely a top notch platform game for your Android phone and is available to try out for free with the Lite version or you can grab the full version for €1.50 which is roughly $2.10USD. You can check out the video for Jumpy in our sneak peek or over in our videos section. 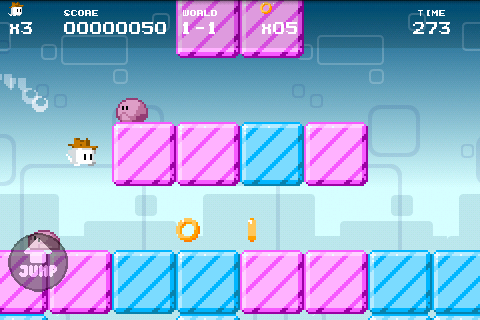 While Jumpy was released onto the Android market last week (we were at VDCC so we couldn’t post about it right away), Mini Army is their newest game which is set to be released this Friday (Oct 1st, 2010) and it’ll be on sale for the introductory price of €1.00 which is around $1.50USD. Mini Army is quite the unique game as it takes the classic Snake game, meshes it with an army theme and adds in the cartoon characters that only OrangePixel can make to form a neat little game.

The object of the game is to survive as long as you can and get the highest score possible. Just like in the classic game Snake you go around the board collecting (capturing) enemy troops and as you do so your squadron (Snake) grows larger making it harder to move around the board. Once you run into a part of your squadron you lose. 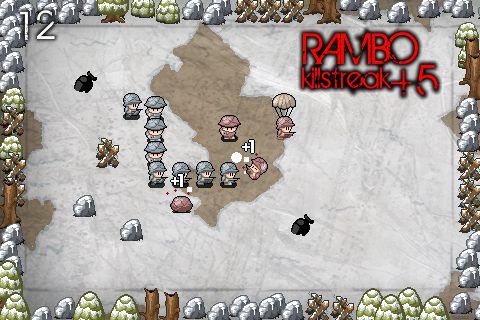 While this is basically Snake just redone, it has been reworked into a game that is actually entertaining and not mind-numbing. The graphics are the usual OrangePixel style of cartoon and look great. Look for Mini Army to land on the Android market this Friday!