Rovio was nice enough to send us a early copy of Angry Birds and let me say this right off the start, it has a LOT of content. 150 levels worth of content to be exact not including the Golden Eggs you need to achieve. The UI has been changed a bit as well with expanding/contracting menus on the start page, sliding level selection screens. It is slick.

Golden Eggs, for those people wondering, are earned in various ways such as getting 3 stars on certain stages, destroying various items within the levels and things of that nature. When you go to the Golden Egg menu and select one a little thought bubble will appear giving you hints as to what is needed in order to get that particular Golden Egg. Golden Eggs are playable bonus stages that you can get some pretty crazy scores on. 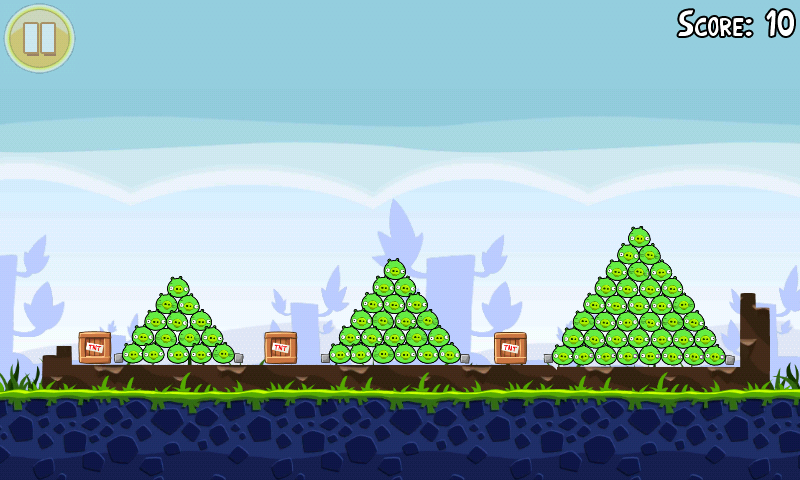 TIP: I’ll mention a quick Golden Egg I have already found. On the title screen press the left bottom gear icon, go to Information (the i button), scroll through the credits and when you see the Golden Egg appear, tap it! You know we will find them all and post a guide asap.

There isn’t as many Golden Eggs as other mobile OS versions have but that will probably change with future updates. The pricing, however, is still not being discussed although we can confirm their will be an ads version since we are playing it right now.

Angry Birds is still set to release this week and so far all signs point to Friday (tomorrow) being the big day. I’m sure a lot of you are going to be happy now that you’ll be able to play the full version. So far it is perfect.