Google’s dessert filled naming convention gets another update some time later in the year. “Gingerbread”, Android’s 3.0 2.3 update is set to launch later this year or early next year and so far it looks like a good one. We’ve got the latest leaked details and an image of the new OS after the break!

The user interface has been revamped in many subtle but appreciable ways. The default Google application icons have been updated to make the OS look more simplistic yet stylish. Google is using more colorful, dramatic 3D effects that run faster and are rumored to be hardware accelerated. Google’s Android will for the first time take advantage of the more powerful graphical hardware found in tablets and smartphones like the Adreno 205 GPU.

The first (extremely blurry) shot of Gingerbread in the wild below. 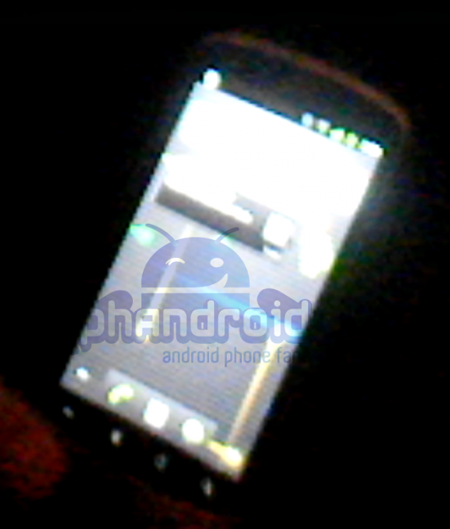 Gingerbread’s new user interface is said be more like HTC’s Sense UI. At first glance this is no different in appearance to many 2.2 builds of Android. The homescreen is basically the same so Google hasn’t broken support for widgets. Many new features have been added including kinetic scrolling which has been updated to perform an orange highlighted bouncy effect when you reach the end of elements in the interface. Found first on iOS it was later added to Android with TouchWiz 3.0 Galaxy S devices. Gingerbread serves to better unify the experience of Android and make it more pallet-able across the board, something it’s been needing for a while. It may also be responsible for less skinning of the OS, simply because it’s a more complete experience that Sense and TouchWiz sought to create.

Colors have been used to more dramatic effect. Notification bar and drawer have been recolored to a charcoal look. Green and orange accents can be found throughout the updated applications, most notably Browser and Dialer buttons, a change from gray to lime. Variations on color were added to draw user attention in the direction of focus, coloring of the new UI is very similar to way Metro UI uses color on Windows Phone 7.

Across the board the default applications have all been updated to look more uniform in their design. Everything just fits on Android which is a good feeling to have about new and expensive gadgets. Youtube in particular has been mentioned as being completely overhauled from the pre-2.0 era of the operating system and the new YouTube app, available now will give you an early taste of what to expect. Youtube’s new app brings better integration with their lean back feature as well it’s social networking features. YouTube has also integrated Google TV support for both control and playback, seen below. 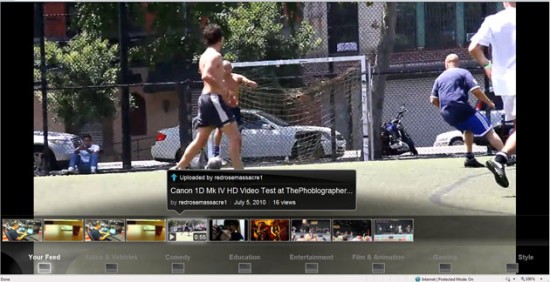 Youtube Lean Back support pictured above is said to be part of the upcoming OS.

Google’s changes aren’t however purely graphically and will use the newest Linux kernel and add new features to the OS core. Video chat has been supported using the same protocols found in Google Talk’s desktop client. Taking phone calls through Google Voice is also apparently being added with support for both WiFi (particularly useful for roaming in other countries) and cellular data connections. Google acquired Gizmo5, a large SIP provider some hacked into Google Voice before it was no longer available.

Please remember that this is all considered rumors until more evidence and sources are available. While Phandroid does claim to have an anonymous source DroidGamers cannot verify the validity of their statements.