Build your own custom Android phone – well at least in Germany

Ever wanted to build your own custom Android phone with all the options you want? Well there is a company that offers just such a service called Synapse where you can do just that, at least if you live in Germany. While the website is a major pain to get to as it rarely loads at all, it said nothing about international shipping the one time we did access it.

So what kind of customizable features can you get on your own Android phone? Well actually a lot. Called the Synapse-One, at first glance it looks rather pricey thanks to the gratuitous use of commas instead of periods in the prices, it turns out to be fair decently priced, at least when compared to the idea of what you might think building a custom Android phone might cost. 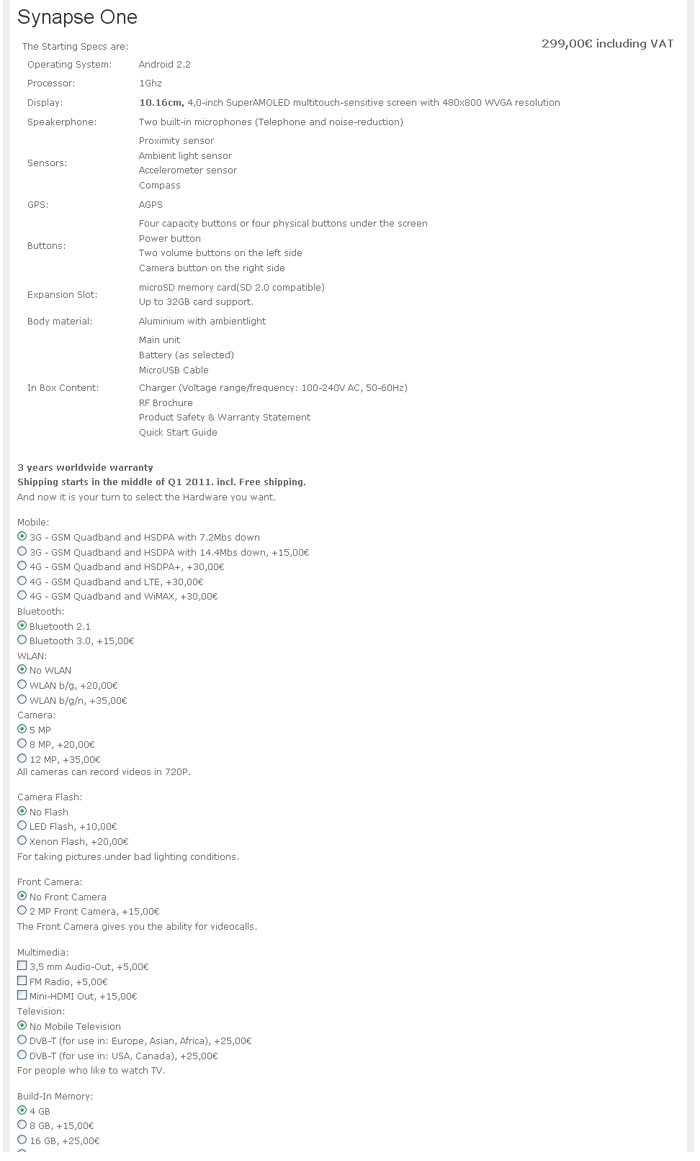 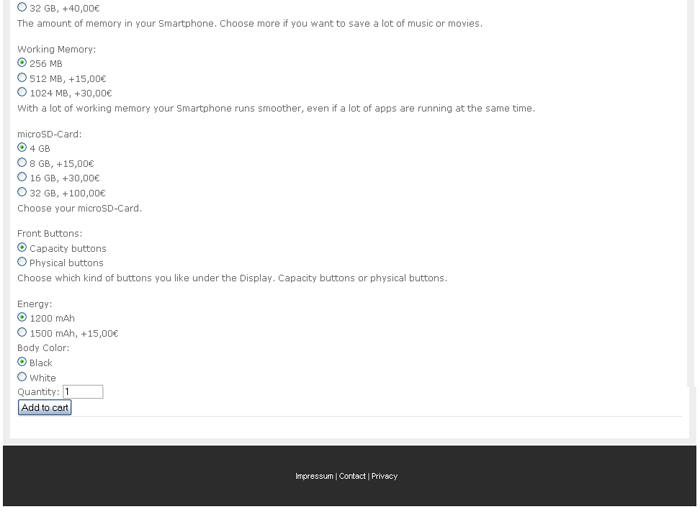 Options you can choose from include whether you want the phone 3G or 4G and what style you want such as WiMax, LTE, or HSDPA/HSDPA+. Other options include WiFi, Bluetooth, type of camera, if you want a front camera as well, multimedia options, television, memory, the type of buttons, battery options and body color. The phones also run Android 2.2.

While most of the default options come at no extra cost, all of the upgrades have small fees attached to them so the price can really jump once you start getting deep into customizing it. However, at the same time, you can really make a beast of a machine if you wanted to do so. Base cost starts at around $410.00 (299.00€) and goes up from there as you customize. 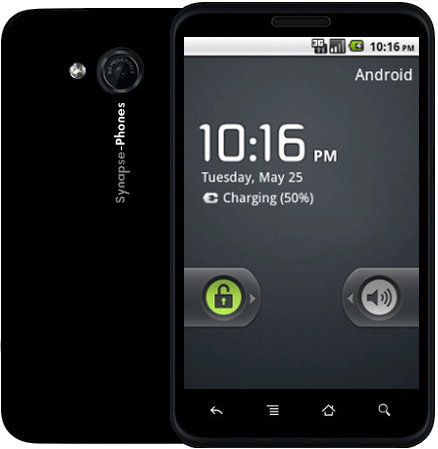 While this type of service is pretty unique and I would love to see something like this for the USA and more gaming related, Synapse is based out of Germany and unfortunately their site is having major issues. Whether that is because of the sudden boost in traffic they are getting right now or if it is just bad hosting is unknown but I think I’ll just hold off on using them.

If you happen to use them though, let us know what phone you made, how much it cost and if it is actually good quality. If you could built a custom Android phone, what would you want in it?

Update Oct. 20, 2010 9:50am: AndroidGuys was able to confirm a few more features regarding this custom built Android phone and it suddenly looks a hell of a lot better:

Yeah you can use this in the USA… so now who is interested? Thanks to AndroidGuys for finding this out!

Developer Website: Synapse (Good luck getting it to load)