Like puzzle games? How about shooter games? What about both meshed into one game and sprinkled with a little eye candy to round it all out? Yeah nothing like that really exists yet on the market that is any good… until now. Kalloc Studios just released their puzzle/shooting game called Runelore and don’t be afraid, it’s got some nice eye candy as well!

The object of the game is to match up 3 or more of the same symbols/color and eliminate them from the playing field. To eliminate them though you have to tap on them (bottom row only) and a little star shoots out of the bottom of the screen and makes them explode in a shower of stars. The playing field is 3D looking as well with some good depth-of-field to it. 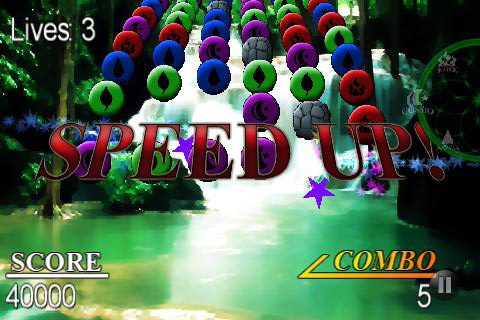 To move the symbols just tap/hold on the one you want to move and then drag your finger in the direction you want to move it in. You can move any of them in the 4 main directions (up, down, left, right) but you can only eliminate the ones on the bottom row. You also gain experience and level up as you play and you’ll have 3 game modes to choose from, 2 different survival modes and Objective mode. In Objective mode you’ll have a few objectives to complete for each level, not just one. 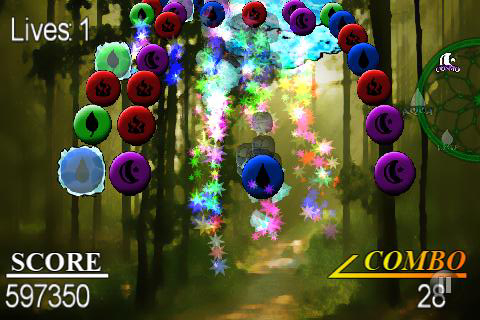 While the concept of the game isn’t really original (it’s a match three or more game) the execution is different enough to make it seem like a completely new type of game almost. While there isn’t a whole lot of shooter gaming aspects, it does make it slightly less typical then games of similar nature, however, you do get to set off spells as well like fireballs and tidal wave, located on the right side of your screen.

You can pick up this little gem of a game off the Android Market for only $1.99 or, should you want to try it out first, the Lite free version is also available now. Not a bad little pick-up-and-play type of puzzle game.