Developers Kaku have released a second installment to their original fun and addicting zombie killing game called Shuriken Zombies 2. When you mix ninjas and zombies into a single game it can’t be bad and while the gameplay is simple (just shoot your ninja stars) it is a pretty addictive game just like the first one was. 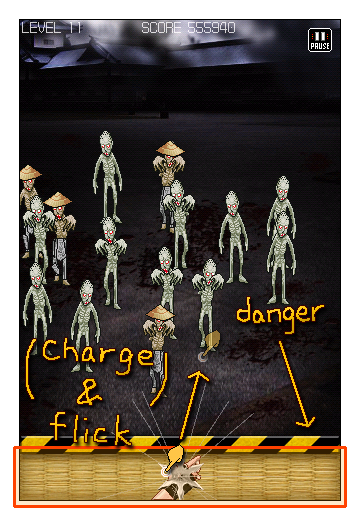 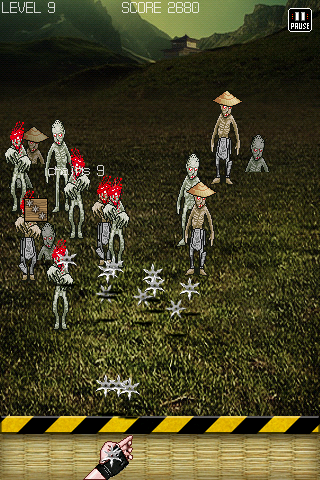 The gameplay is simple, just flick your finger upwards on the screen to shoot your ninja stars. You can keep your finger on the little hand to charge up and deliver a much more powerful attack. It actually gets to be a pretty fast paced game as you get further into the levels as well and you can also do Chains (basically combo kills) to get bonus points.

You can try out this game for free on the Android Market right now or pick up the full version for only $1.80. It is a pretty good time killer of a game and it has zombies, you really can’t go wrong with zombies in a game.