Arcade Mode for Fruit Ninja on the way

Well if you haven’t lost hours of productivity at work just yet playing games like Reckless Racing, Angry Birds or the current version of Fruit Ninja, you’ll be pleased to know that the Arcade Mode for Fruit Ninja is officially on the way to the Android version, so you’ll be able to work less while at your job. Great news isn’t it?

The arcade mode will hit the iPhone first followed by the iPad and then Android devices starting early this month. Halfbrick is calling arcade mode its “most exciting and intense addition yet” to the Fruit Ninja game. By the sounds of it, that may be certainly true.

Arcade mode will span a time of 60 seconds where you will try to get the highest score possible. While similar to the Zen mode, the difference here is that there will be a bunch of bonus bananas for you to get which offer up some great bonuses. That’s not all though, at the end of each game of Arcade mode that you play, your score and skill will be sent in and rated which will be used to unlock 3 unique awards worth a bunch of bonus points. 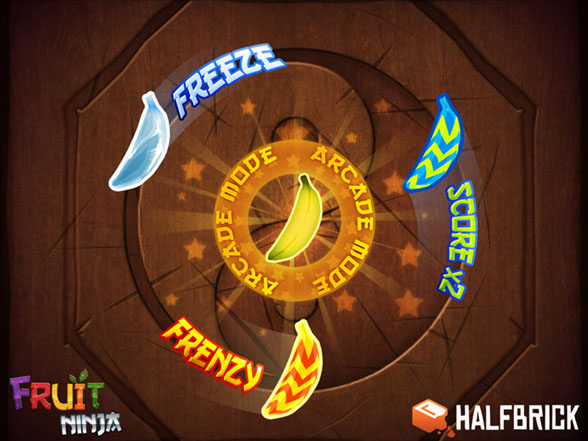 There will also be a weekly leaderboard for player to compete in with their highest scores. Lastly, when you are making combos, if you keep the combos going the game speed will increase giving you the chance to make some seriously big combos quickly. 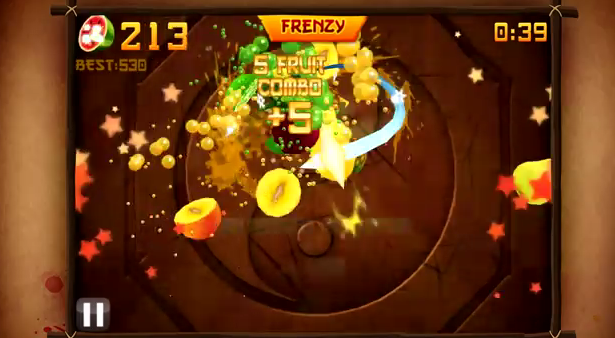 All of this combines for one huge update that brings a lot more to the game then it already offers. We can’t wait for the update and if anything I bet the competition will be fierce on the weekly leaderboard. Should be very fun. We will update this article when we find out a better idea of when we can expect the update to hit the Android version of Fruit Ninja.