GameBoid Review – GBA on your phone

If you like the Gameboy Advance’s library you’ll probably like developer zongzh’s GameBoid. It’s simple to set-up, supports every method of control Android does, and it’s easy on the eyes. At a fraction of the cost of Nintendo’s original handheld it’s an easy fix for that meddling Final Fantasy Tactics Advance addiction you had back in the day.

GameBoid can instantly save progress at any point directly to the game’s ROM file. By simply selecting save from a menu dialog when games are running it fixes the problems most have with mobile gaming — time constraints. 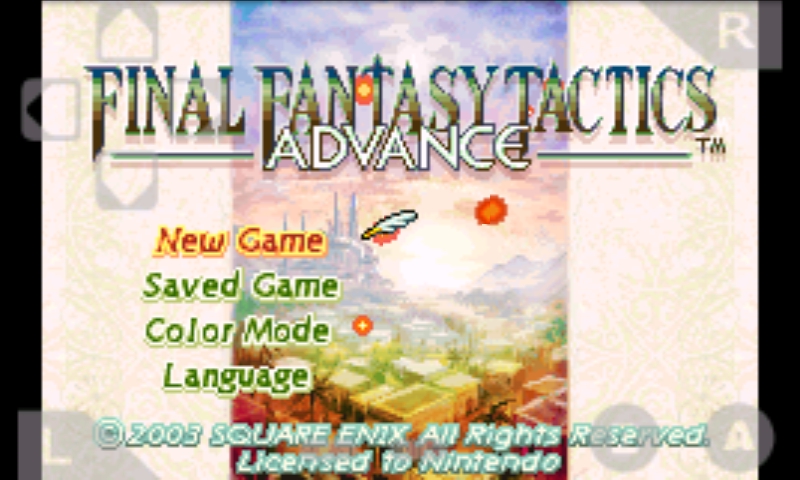 Set-Up: GameBoid makes emulating your GBA games easy on Android. After downloading the app from the market you’ll need the Gameboy Advance’s bios file before you can select and play games. Selecting ROM files is easy with the built in file manager but you’ll need to find them on your own.

If you don’t have a fast phone you may have issues with GameBoid, more graphically intense parts of games may lag down the phone into crashing the app entirely. Turn-based games aren’t as problematic and playing Final Fantasy Tactics was a pleasure on an old G1 although we experienced some audio tearing. Even on powerful phones we find that GameBoid unreasonably eats battery life but it’s an inherent problem with emulating different architectures and we need to deal with it for now. It’s something that we’ll see improve as processors improve but right now 1 hour gameplay uses about 25% of battery life on an Android HD2 with minimum brightness.

Controls: Controls vary depending on the device your playing on. Keyboards make emulating GBA easier by offering physical response and better support for multi-touch, a feature that not all Android devices currently support and it has the potential to make some games unplayable. On-screen controls are available across all devices obviously, but it’s somewhat frustratingly the only option for devices without buttons and if your game requires fine tuned control or speed and accuracy it may be unplayable. We find turn-based games work best on GameBoid but we could definitely see more genres being more controllable with buttons. Accelerometer controls work surprisingly well. In settings you can configure it to control L/R or .

Wrap-Up: Inherently, the value you find in GameBoid depends on the value you have for Nintendo’s aging catalog. If you enjoyed your old GameBoy Advance and have a fast phone we definitely recommend you download this app. If you have a lower end phone, especially one lacking a keyboard skip GameBoid until you’ve got the hardware to run it well enough.