Yesterday we got tipped off by Dave who has been on Gameloft’s ass since their DRM mix up a few months back. He mentioned to us that a quick appearance of Let’s Golf 2 had shown itself on the Gameloft website in the Android section. When we went to check it out, it had disappeared. However, checking this morning, there it was! 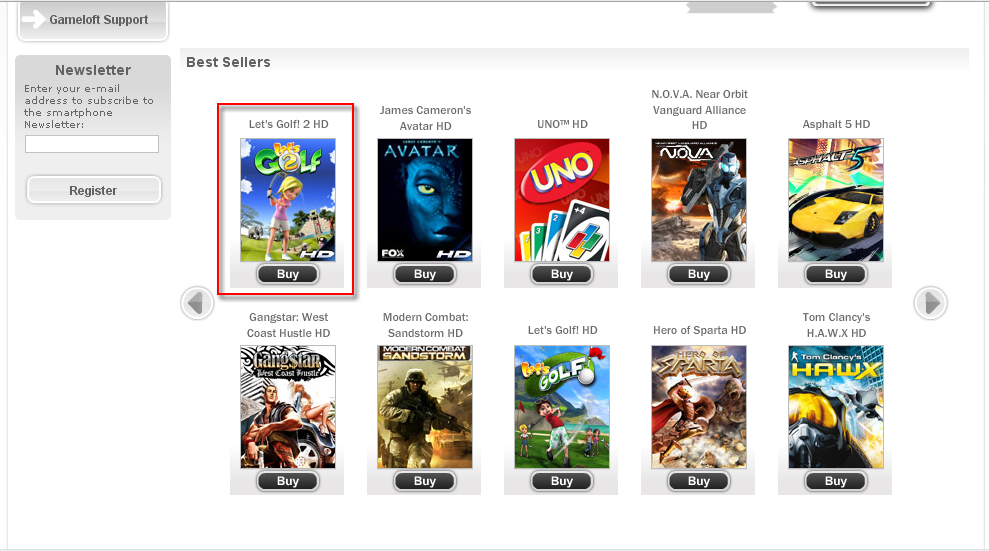 As with all Gameloft games though, you’ll have to buy this new addition to their line-up by going through the Gameloft website. Still no word on whether any of Gameloft’s games will show up on the Android Market. You can pick up Let’s Golf 2 HD for $4.99.