Another site has jumped on board with the spirit of giving this holiday season. T3 has an Advent Calender as well this year and there is a version specifically for Android where each day you can win a free game or application. We also have a tip for all our readers on how to know what day will have the prize(s) you want!

Every day, just like any other Advent Calender, there will be a new application or game revealed. There are multiple copies of each game or application that is revealed each day so you will have a fair chance at winning. When it is revealed, shortly after T3 will post a ‘Tweet to Win’ link and all you have to do is click on it. You can enter multiple times a day! At the end of 24 hours from the time the game or application is revealed, the winners will be chosen randomly. 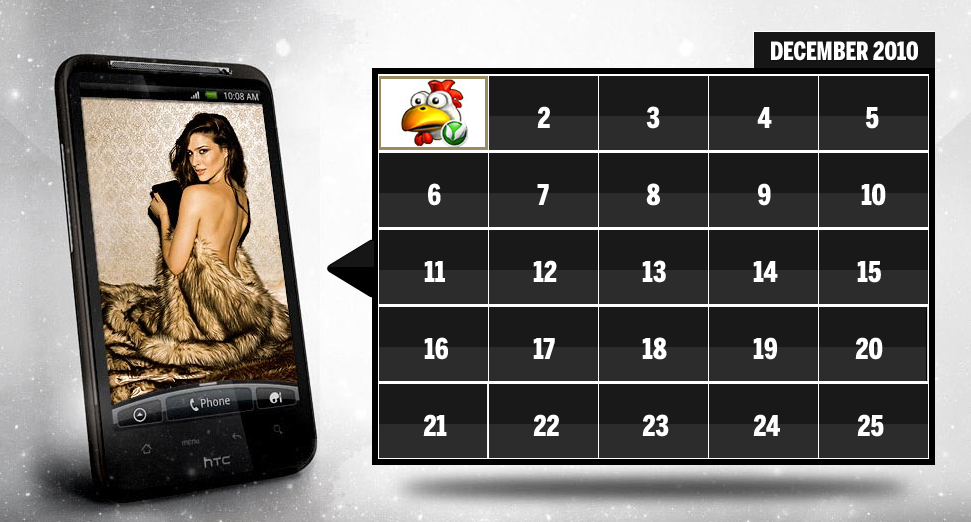 Tip: If you want to know what days have a prize you’d like to win, just click on it. You’ll be treated to the full description of what prize will be offered that day. It won’t be active though until that day comes but at least you will know what days you’ll want to be ready for.

Head over to T3 today as the first prize is already revealed! You may also want to check out other giveaways (or competitions as they are called on the site) for some other great prizes you could win.