Hyrum Fairbanks’ love of gaming cost him his job, but that’s ok. In less than a year, he went from working a thankless job at a gas company to spearheading his Salt Lake City-based cottage industry making gaming on smart phones much less tedious. Fairbanks sits down with Droid Gamers and talks about Game Gripper, their start and a new product.

Fairbanks found the difficulty of using an emulator app on his Droid 1 unacceptable and decided he was going to do something about it.

“I was just frustrated playing a game, so I thought I bet you could do something to make this better so I just started cutting up plastic,” he says. “I started with a plastic cutting board. And I started whittling away plastic parts for buttons and I got something that kind of worked and I was just sitting there playing a game and my wife came over and said ‘You should sell that’.” 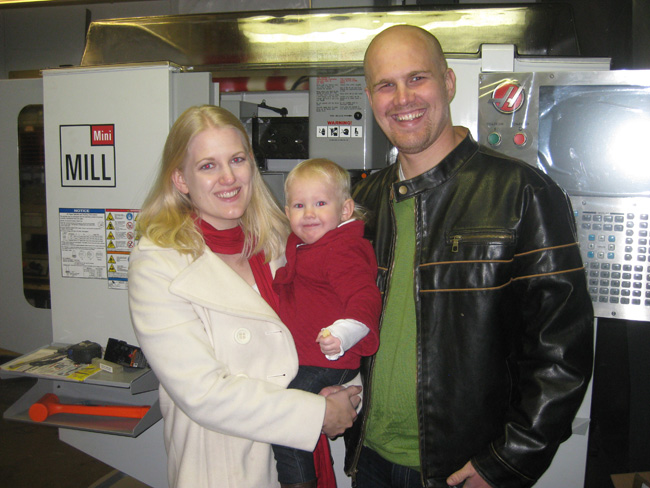 Fairbanks began investigating what it would take to make the accessory on a wider scale, he bought a computer-aided design package and with his background as a mechanical engineer, and a crash course on injection molding and programming milling machines through used textbooks, YouTube videos and online forums he began a process which has been expensive but is paying off.

“I bought a CAD package and I designed my first game-gripper and I hired a company to make it for me because they had the tools to make accurate parts,” he says. “I’m not rich but I saw that there was an opportunity there. So I quit my job and I made the tools to make the mold myself. Now I have $80,000 in equipment that I purchased and I’ve started making designs for molds myself.”

Fairbanks says that he knew on launch day that his idea was about to take off.

“It was on day one, when we launched and sold 300 on the first day,” he says. During the first month, he says, he sold 1,000 units and had to enlist friends to get the orders out.

Since then, he has designed Game Grippers for more than a half dozen phones. He recently launched a Droid 2 and a Samsung Epic version and his site allows customers to request new models. 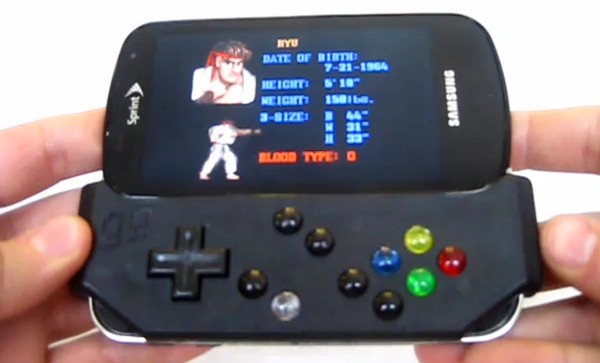 “We get a lot of comments, about every day we get several people asking us to make a Game Gripper for another phone.”

“About every day we get about 10 to 20 requests for a different phone. It’s really funny because about 20 percent of them are for touch screen only phones,” He says.

He says building a model that would interact with an HTC Droid Incredible or a Droid X, would not be feasible. It would require writing special software for the phones and finding a way to heat rubber buttons.

However, there may be a way around the problem which keeps a large percentage of smart phone users from using his product.

“I will go ahead and tell you. We are working on a Bluetooth game controller. It’s going to be huge. It’s going to work across all platforms. It’s going to be pretty awesome,” said Fairbanks. “So we are gearing up for that. We are finishing up the design now, so it is going to take a while to get it into production. We are expecting it to be really big.”

He says the planned devices could potentially open his business to Apple smart phone users.

“Now that I have a lot of nice equipment I’m going to keep growing the Game Gripper business and I’m going to expand to other areas.”

Right now, his business stays in his family, he designs the products and his wife, Brie, fields the customer service duties. While he has had some interest from retailers, the inquiries haven’t translated into orders. Fairbanks believes this is due to his product appealing to a niche market of emulator users.

Also, he says, the legal grey areas of using some ROMs may scare some away. While he has equipment to back up his old school Nintendo cartridges, he realizes most gamers do not. One of the keys to Fairbanks success in the gaming and emulator communities comes from being a part of those groups himself. He says a lot of gamers have picked up on the double meaning of the double G’s in the Game Gripper logo, the instant messaging abbreviation for “good game.”

“We have kind of cult following. We have people that are fans on Facebook. We get these long emails from people who say how happy they are that the Game-Gripper changed their lives, that they didn’t have any fun at work until the Game Gripper came out. Now they can just play video games all day at work. It is pretty hilarious.”

He also meets up with some customers face to face. Rather than ship an order if a customer lives in the Salt Lake City area, they can arrange to pick one up from him in person.

A concern he has learned some of his customers have had was the worry that the Game Gripper could ruin the keyboards on the phones, especially after extended play. So far, the fear has not become a reality.

“We had a lot of people scared about it, and that scared us” he said.

While he places a warning on his site, he’s never seen an example of damage.

“Some of these models we lost money on. Imagine if we had to start replacing phones,” he says.

“But no, we haven’t had anybody reporting any damage ever.”

He says a softer rubber button is offered for those who still have fears but they haven’t been as popular as the plastic buttons the Game Gripper ships with.

“They are there in case someone is really worried about it.”

Fairbanks says while business is booming not every version of the Game Gripper is a hit and he needs to make sure he can sell enough of a certain model to warrant the expensive production costs. The Backflip and Devour have sold poorly while the original Droid version has been the biggest seller. He believes the Backflip and Devour phones were poor seller because they were lower-end phones that didn’t attract the gaming crowds.

He says he has also worked to keep the Game Gripper at a price point that would be attractive to most people.

“I set my price where I think that if anyone actually wants it they will just buy it. I think if anyone really wants this they will pay 15 bucks and I think if it was a $20 item they would think twice about it.”

“We really believe that $15 is a good price for us and our customers.”

The price point has contributed to keeping his business healthy and sales brisk.

“I have not made as much money as I did working for the gas company, I make less money now, but I can spend all my time working on these awesome designs. So eventually I will make more, but in the meantime I’m having a lot more fun, so it’s totally worth it.”

This interview was done by Droid Gamers new roving reporter and interviewer Erik Nielsen. If you would like to have an interview done, just drop us an email anytime using our Tip Us! form.