While it isn’t 100% known if this will be a full version exclusive or just a trial like we have seen with Gameloft games coming on Verizon devices, the fact that it is becoming available is a good sign that, hopefully, all Android users will be getting this highly anticipated 3D sports game to play. I don’t think EA would limit themselves to a one carrier exclusive completely, it may be that Droid X owners will have first dibs on the game before the rest of the Android population. 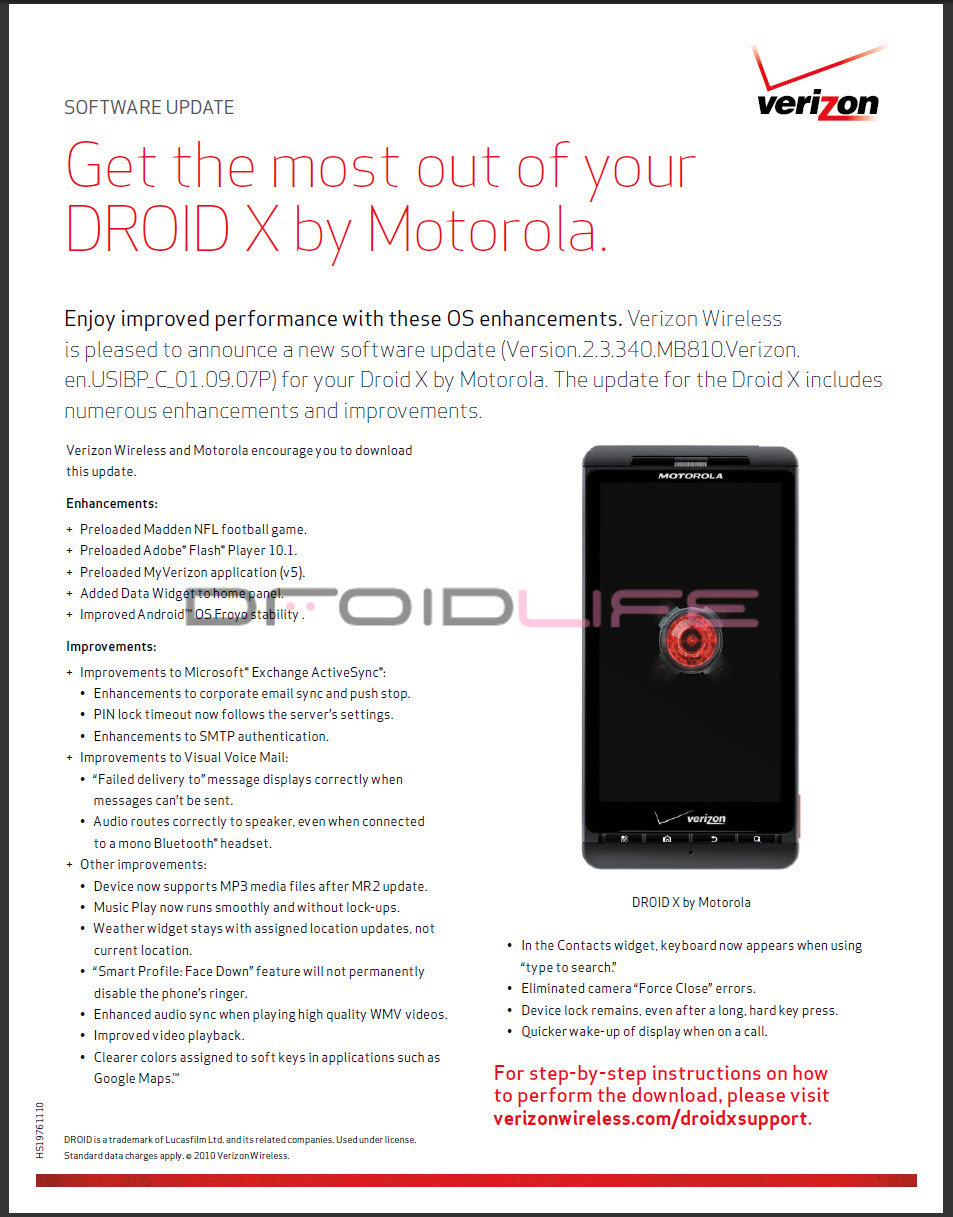 The document above shows all the changes coming in the update. Business users will have Exchange support and Froyo will be more stable. Check out the document release for full details. The total size of the update: 79MB, pretty hefty size. Hopefully it isn’t just a trial version of Madden 2011 in the update but don’t be surprised if it is.

If you get the update, let us know if it is a trail or full version of Madden 2011!