This week Epic released the Unreal Engine Kit for developers on the iOS platform, officially. Android, however, is still unofficially supported. Mark Rein, VP of Epic, says that although Android developers can get license for development using Unreal Engine 3 (see Dungeon Defenders), nothing is official just yet…

Even though Epic has been very reluctant to confirm Android support in Unreal Engine 3, it will be coming soon. According to Mark Rein, “Android is just not there yet”. He speaks about fragmentation due to hardware mostly (and OS fragmentation although that is minor now) but that should be nothing new to a company that develops for multiple platforms including the PC. 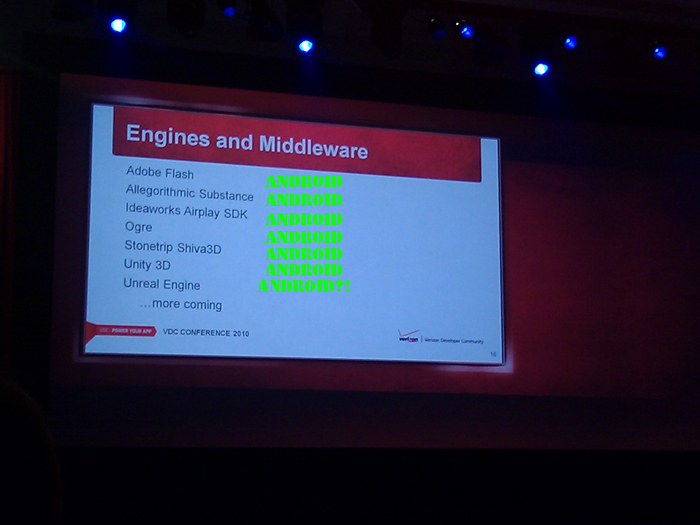 Another issue which was previously unmentioned, file size limit on the Android Market. Even with the new update where the new Android Market allows files up to 50MB in size, most games developed by Unreal Engine will far exceed that size limit. Of course you could do what ever developer does when their file size is too big, offer up a client and have content download after the client is installed and ran once. Mark Rein did go on to say that Android support in UE3 will happen though.

The good news, at least it will get here for developers to officially use in game development. Bad news, it might be a bit of a wait still if you want official support. If you don’t, go ahead and get a license! It didn’t stop Trendy Entertainment from making Dungeon Defenders did it?