Another Gameloft game coming to Android, Update on the GetJar/Gameloft issue

Gameloft has certainly been keeping themselves in the spotlight lately with all the new games being released for Android, others leaked out as coming soon titles, billing issues and now their games being on GetJar. Well we have news about another game coming to Android as well as an update regarding GetJar.

First we will talk about the upcoming game for release called GT Racing Motor Academy. While it isn’t available this very second, it has appeared in previous screenshots of the mobile version of the Gameloft Store as well as in Gameloft Live. Gameloft seems to follow a pattern these days with almost every game release:

1) Test out the webpage for the game but do it live for people to ‘accidentally’ find. 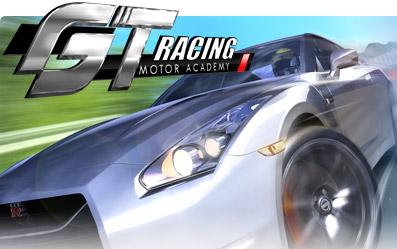 With that said, GT Racing Motor Academy has been popping up on Gameloft Live and now on the web version of the Gameloft Store. We can expect this to be available today or over the next 1-2 days, if they keep following this pattern.

Thanks to Dave Loft for the tip!

Onto GetJar and Gameloft games on there. Originally reported as free games, it turned out that people were only getting demo versions of Modern Combat and Let’s Golf HD. After some confusion we got some clarification by GetJar regarding which is full and what isn’t in the comments section of our original article. Let’s Golf HD is the FULL version for free on GetJar while Modern Combat: Sandstorm is a demo, at least for now. Some people are still reporting Let’s Golf HD is a demo.

However, GetJar has also hinted at more full free games coming between now and Christmas, stating some major and big games but not going into detail. We can imagine at least one of these will be a Gameloft title, if not more just by how it is mentioned a couple of times while talking to GetJar. Interesting indeed…

Thanks to GetJar for the clarification as well as hinting at more upcoming full free games! Who wants to take a stab at what game(s) they think Gameloft will put on GetJar between now and Christmas?

Update Dec. 18th, 2010 3:23pm: GetJar just let us know that apparently Gameloft must have changed what they were offering so now both Modern Combat: Sandstorm and Let’s Golf HD are, in fact, demos. Very unfortunate but they do say this upcoming week’s exclusives are all full versions and free.