It seems as though our reports of more Gameloft HD games making their way to Android was right on spot. Gameloft just put up Spider-man: Total Mayhem on the Android section of the Gameloft store. This is a nice looking 3D action game where you play as the web sling himself against some of his biggest enemies.

Currently even though the page is up, clicking on the Buy Now link brings back a 404 error. This means, as history dictates, that they are getting the launch of this game ready. Every time they do this, the game is released the same day or sometimes a day later. It should be available for purchase through the mobile version of the Gameloft Store. Thanks Dave Loft! 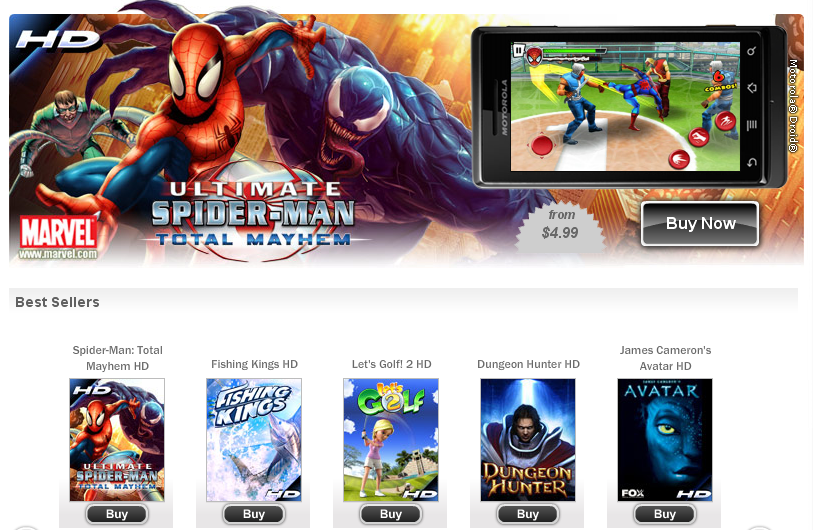 Black suit Spider-man is awesome, always has been. So is Venom. As with all Gameloft games though, you’ll have to purchase it through their Gameloft store for Android. Of course this could be changing thanks to GetJar! This bad boy will set you back the usual $4.99.

Thanks Mariano Zorrilla for the tip!