Mega Jump coming this week to Android, the holidays keeps getting better

Well it seems the developer Get Set Games is gearing up to release their hit iOS game, Mega Jump, this week. Earlier in the month we reported on this great game coming to Android ‘sometime this month’ and have since waited patiently. Well the wait is almost over as we’ve gotten tipped off that it will be landing on the market this week. 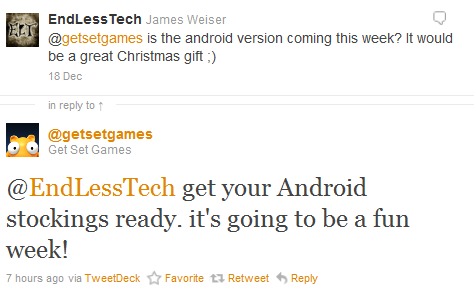 Even better news is, it’ll be free! This is a great game where your goal is to jump as high as you can, collecting coins and power-ups to propel you higher and higher. You’ll have to dodge enemies while doing this. Mega Jump also has a ton to unlock including other characters so there is plenty to do while trying to get your score on the leader boards!

For more information on Mega Jump, take a look at our previous article from earlier in the month, includes some screenshots.