Lima Sky, developers of Doodle Jump, going after devs who use ‘Doodle’ in their game titles

Here is one coming right out of the Apple/LucasArts/Twitter books. Lima Sky, the developers of Doodle Jump for Android and iOS, are actively pursuing developers who use the word ‘Doodle’ in their game title as a Trademark violation and to change their names or action will be taken against them.

According to PocketGamer, there are 730 applications on the App store and lord knows how many on the Android Market that have the word ‘Doodle’ in the title.

“We are required by USPTO [US Patent and Trademark Office] to monitor and police our trade marks. If we don’t, we lose them.” Lima Sky founder Igor Pusenjak said.

Unlike previous cases where something similar has happened, this time it seems developers are planning to fight back. One developer who made the game Doodle Hockey (for iOS) is fighting back and is encouraging all developers to team up to fight what Lima Sky is doing. There are some big games out there on the Android Market, not all made by small companies either. Doodle Bowling is published by Game House who are rather large, so if Lima Sky really wants to pursue this, they may have quite the fight on their hands. 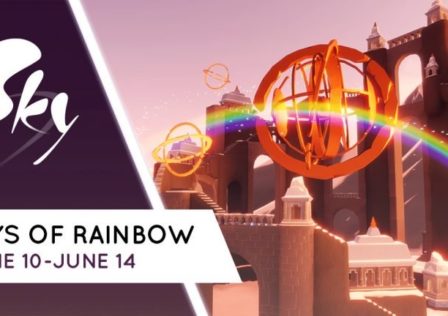 The Days of Rainbow Event Has Started in Sky: Children of the Light