Zenonia 2 Review – Bring on the PvP

Deep in the land of Andra, an old foe is stirring trying to break free from its enchanted prison. As the demon gains strength, the world looks to 4 unlikely youths to find the Crystals and stop the demon rising. Do you have the power to trap the monster for good, or will he rise and plunge the world into hell.

First of all, sorry for my recent absence… blame a messed up computer and Gamevil. Enough of my petty excuses, it’s back to the review!!

Gameplay: Zenonia 2 is the sequel to the top selling Zenonia. It’s an action RPG with simple graphics and a very interesting story line. You start by selecting from one of 4 heroes each with unique abilities and styles ranging from brute strength warriors to powerful sorcerers. From here you’re taken on a semi-linear journey to find the crystals that will eventually save the planet… I hope! 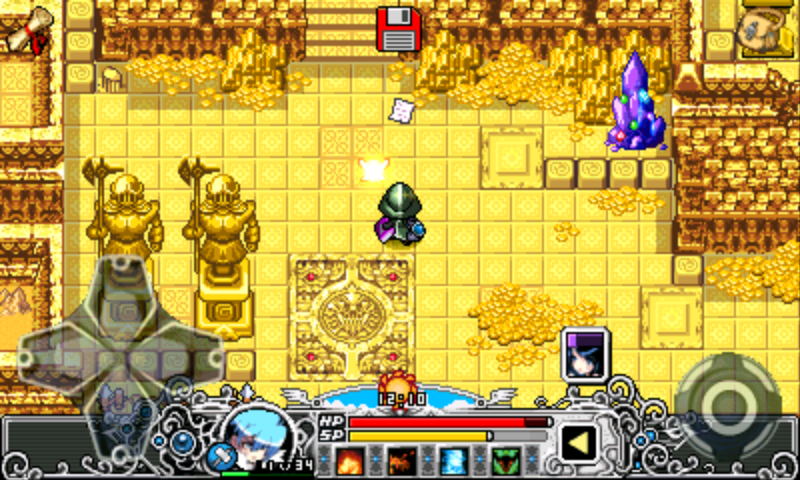 Graphics and Audio: Graphically, Zenonia 2 certainly isn’t Dungeon Defenders, but it’s not Pong either. It sort of reminds me of Zelda games on the GBA, which is perfectly fine by me. Using these graphics means a lot more game can be packed into a smaller space. If Zenonia is anything to go by, Zenonia 2 has at least 30 hours of game time.

The audio has a certain retro feel to it using slightly lower quality music adding to the effect of the low-end graphics. Each track is perfectly suited to the area of the game, and some even have that “wow, I need that as my ringtone” appeal to them.

Controls and Interface: The interface is very basic and simple to use, with everything you need to know all shown at the bottom of the screen. The in-game menu is also well organized with sections for skills, inventory and others.

The controls are also very basic. It has a simple 4 direction virtual joystick and a single action button. The simple controls do make the game feel like a button basher at times.

Overall: I’d say this has to be one of the best RPG games I’ve played for a while and I’m not even sure how far I am through it. It’s a must have for people that enjoyed the original Zenonia. It is rare when the sequel of a game is better then the original, this is one of those rare cases. If you haven’t played the original Zenonia I have one simple question…. Why not?? You can pick Zenonia 2 by Gamevil up off the Android Market for $4.99.

Don’t take too long to finish it though, Zenonia 3 is already on the way!