The sequel to Ganstar: West Coast Hustle seems to be doing the “Lets leak the product page in a far away country” type of thing Gameloft just loves to do right before the game is actually released. Gangstar: Miami Vindication HD is currently available in Argentina for purchase. Of course we can expect the usual pattern from Gameloft.

By usual pattern we mean one of two things will happen:

1) The page will be taken down for a day or two, then the game will be officially released.

2) The ability to buy will be closed for a day or two, then the purchase page will be live for all countries and you’ll be able to buy the game at that point. 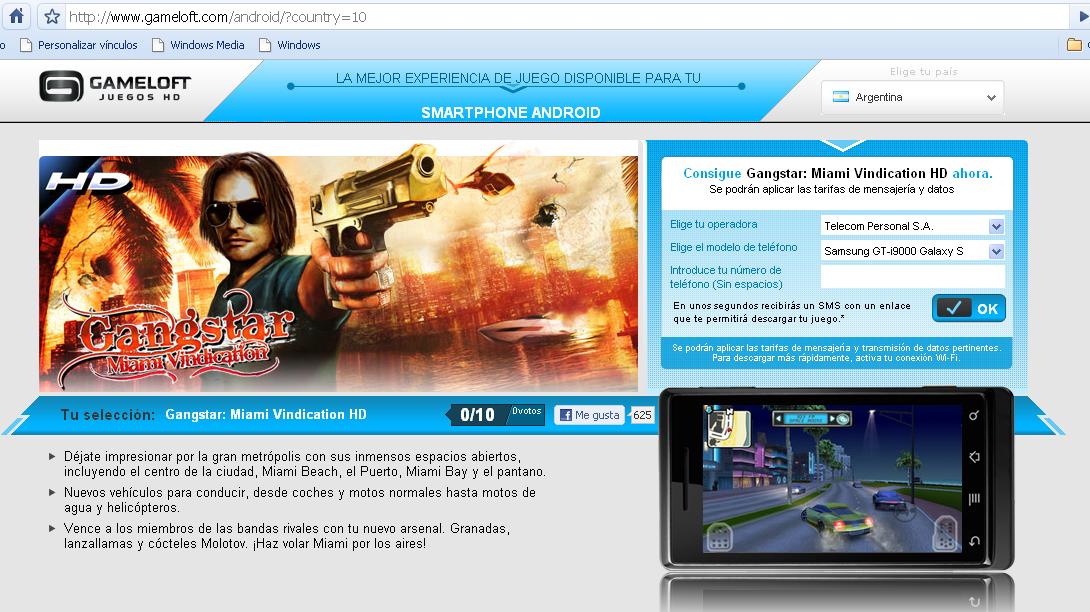 This is of course considering Gameloft follows the usual pattern. They could change it up and officially announce it within the hour and make it available to everyone, not that we would be complaining. If you haven’t played the first Gangstar, it is a Grand Theft Auto type of game.

So keep an eye out for it between now and a couple days from now. When it is officially available in the US we will make a post so everyone knows! Of course, as always, the price will be $4.99 and through the Gameloft store only.

Thanks to Mariano Zorrila for yet another awesome Gameloft tip!