Interview with the Trese brothers – Developers of Star Traders

Cory and Andrew Trese are the team behind Star Traders, an unashamedly old-school RPG that might just be the most in-depth Android game currently on the market. They took time out from working on their latest project to speak to Droid Gamers about their gaming inspirations, the future of Android and intrusive fast food adverts.

DG: A two-man team of brothers working together developing games is reminiscent of the 8-bit days. What’s it like to work with your brother?

Andrew: Cory and I have always worked extremely well together. It’s our blessing as brothers. The two of us have worked on an endless stream of pen and paper RPGs and spent our lives telling stories together.  We have built a powerful common mythology through our years of gaming and a realistic way of approaching games, stories, and conflicts that really comes through in Star Traders and will be prevalent in our future games.

DG: Star Traders is the first space-based RPG that’s had me gripped since the last Elite sequel, Frontier: First Encounters about 15 years ago! What games would you say influenced its development?

Cory: Our inspiration for Star Traders comes from many sources. By far the largest source of inspiration has been pen and paper role-playing game such as Serenity, Warhammer 40K, Gamma World and, of course, Traveller. 4X games such as Master of Orion and Sins of a Solar Empire were huge influences for me as well. Star Traders RPG tries to capture some of the deep complexity of 4X games in terms of political and economic simulations. 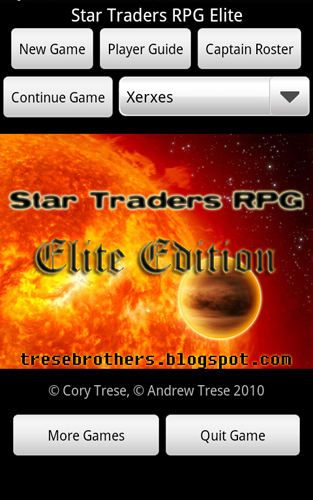 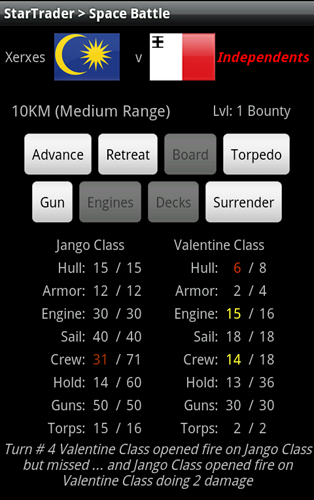 DG: You seem to have an update for Star Traders once a week or more. Is it challenging to be in a situation where your customers can tell you exactly what they want and expect you to act on it?

Andrew: It is both a challenge and a blessing. Star Traders has been built around community feedback, and it is the game it has become because of this. Our original development plans led us down a different road, but once we had a few thousand people playing the free version, the community demands became clear. I feel like we have been able to cater to our players who really do seem to appreciate our responsiveness!

DG: You’ve avoided the ad-based revenue system in favour of a free and paid version of Star Traders. Why was this?

Andrew: We have strong opinions about ads. They tend reduce game immersion, take up screen real estate and when there is a Spice Hall brimming with fun just around the corner, who wants to see an ad for the newest ninety-nine cent burger? Providing a free and Elite version to the market gives us an important feedback channel, allows a large community to play the game without paying, and is starting to pay the hosting and development bills.

DG: With so many Android phones out there, how do you solve the compatibility issue?

Andrew: The compatibility issues go beyond just phones. There are Android tablets, eBook readers, and TVs starting to come online. There are also a lot of apps out there that can cause big issues, like Task Killers. We have solved these issues by building a light-weight game that can cater to any platform, then by applying a lot of elbow grease, working consistently to solve problems reported from the field and getting updates out the door as fast as possible.

Cory: I see a lot of parallels between the Mac and PC and the iPhone and Android. In the early 1990s many game development studios favored Mac development because of the consistent hardware, easy compatibility choices and single-vendor toolchain. In the end, however, the consumer – not the developers – decided that the open-specification, many-vendor x86 platform was the future. Compatibility issues are hard. They require an active support for new devices and a light-weight code base for old devices. 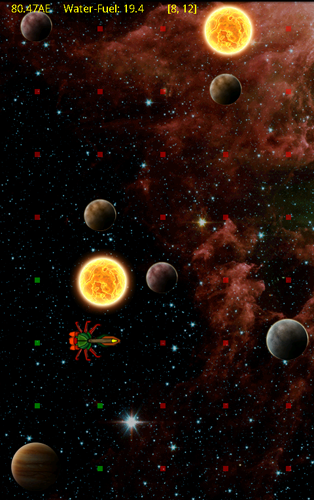 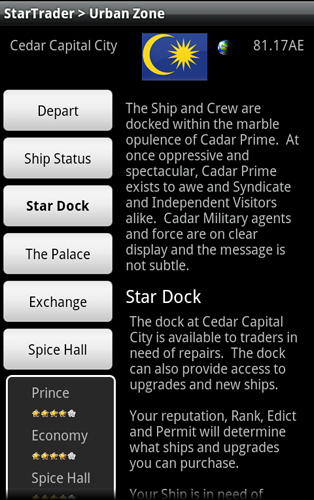 DG: What’s the one thing that you’d change about Android to boost it as a gaming platform?

DG: What about your upcoming game, Secrets of Steel?

Andrew: We believe Secrets of Steel will be a ground-breaking RPG for the Android and will set a new standard for tactical RPGs. Secrets has been designed for touch-screen play. Too many games use D-pads and other interfaces that are not optimal for a touch-screen. We are excited to release something that will really take advantage of the best qualities of Android devices.

The story starts by following the core set of companions through their first set of challenging trials. After that, you are released into an immense fantasy world that is crumbling around you. If you are not there to intervene, many threats can permanently destroy parts of the realm. Each time you play of Secrets of Steel it will be unique as you recruit and play different characters, and as the world collapses differently it will be nearly impossible to save every area.

Cory: We do have a release date in mind but there are unique challenges to the two-person team. For example, our development team spent several unexpected hours coding up support for the Barnes and Noble Nook Color – a new, often-rooted Android device. The Nook uses a previously unseen resolution which is actually much larger than the Samsung Galaxy and required some new digital artwork.

Agility in development and small teams often requires flexible deadlines – and Andrew is a real quality nut, so we can’t really commit to any specific date.  That said, we want to release the free version at the end of February after a limited beta.

We’d like to take this moment to thank the Trese brothers for taking the time to sit down and answer our questions! Feel free to check out our review of Star Traders and don’t forget to keep an eye out for their upcoming game, Secrets of Steel!