EA has a rather popular RPG game on Facebook called Dragon Age: Legends and it will be making the jump to mobile, including Android, in the near future. This is an entirely 2D-based RPG game for all you RPG fans out there to play. As with any RPG game, you’ll be able to do quests, level up, get gear and all that good stuff.

You’ll also be able to expand your castle, craft items like potions and generally kick some ass. Currently Dragon Age is available for free on Facebook and there is no word yet on whether EA will be charging for the mobile version download or if it will remain free. Also EA has kept quite as to whether there will be Facebook connect integrated into it but considering it is a Facebook game originally, it would seem counter-productive to not include Facebook connect in the mobile version. 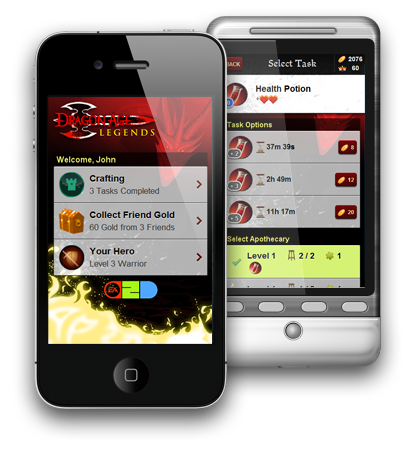 We will probably see more and more Facebook games making the jump to mobile, especially Android, in the near future as well. At least it isn’t completely menu driven like other RPG games such as Mafia Wars.