Google has flipped the switch to the “On” position for a neat tool for Android developers to use. When signed into you Android Market account, you will be treated to a new link under each app/game you have uploaded to the Android Market labeled as “Statistics”. This will give you a break down of all sort of helpful information.

Some little gems of information you’ll get when checking out the stats of your games are things like what version of Android the games on running on, shown as a percentage. You’ll also be treated to growth charts showing how your app is doing, more pie graphs with other information such as what phones your game(s) are running on, what countries your game(s) have been installed in and running in what languages. 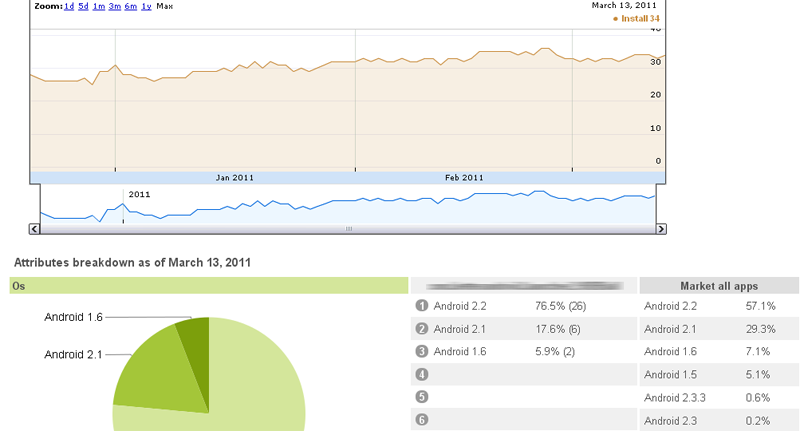 You can access all this good information by logging in to your Android Market account and where you see your list of uploaded games/apps you’ll find the link called “Statistics” under the download numbers for each app/game. It is good to see Google finally rolling out tools like this which will be pretty helpful for developers. Granted things like this should have been available already but better late than never right?