Earth And Legend, the upcoming 3D RPG from Dvide Arts for Android

“Earth and Legend” is going to be another hit Android game from the fine developer DVide Arts. One of their first games was the highly popular Crusade Of Destiny, and just judging the game thus far by looks alone, along with some rumors we have heard, this game isn’t just a graphical upgrade over the first game, its much more.

From what they posted on their Facebook page they will be releasing new images of this game shortly and the game is set to release in the Summer, with Android being one of its many platforms. We will see if we can set up an interview with them to get more information on this project but in the meantime you can play Crusade Of Destiny to get a feel for this game or you can “like” their Facebook page to receive updates through that.

Here is an image that shows off what appears to be a Human character model and to be honest, it looks like a nice version of a Human Paladin running around in one of the starting zones for a successful game known as World of Warcraft. 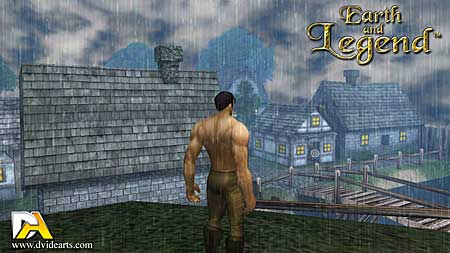 Just to give you an idea on what we might be able to look forward to with this game, here is a feature list from “Crusade Of Destiny“:

We did mention Earth & Legend awhile ago last year and since it looks like such a promising game in development, we felt the need to bring attention to it again since updates are going to start. As far as we know, Dvide Arts is a one or two person team which would explain why development is taking so long. If the above features interest you and you would like to play Crusade Of Destiny until Earth & Legends launches, you can just head over to the Android Market and snag a copy of Crusade of Destiny for $4.99

No word just yet if this will be an MMORPG or just a single-player RPG game. Dvide Arts is being fairly quite about it right now. The moment the release updates though, we will be sure to post them!

Thoughts? Let us know how you feel about the look so far and what you are looking forward to!